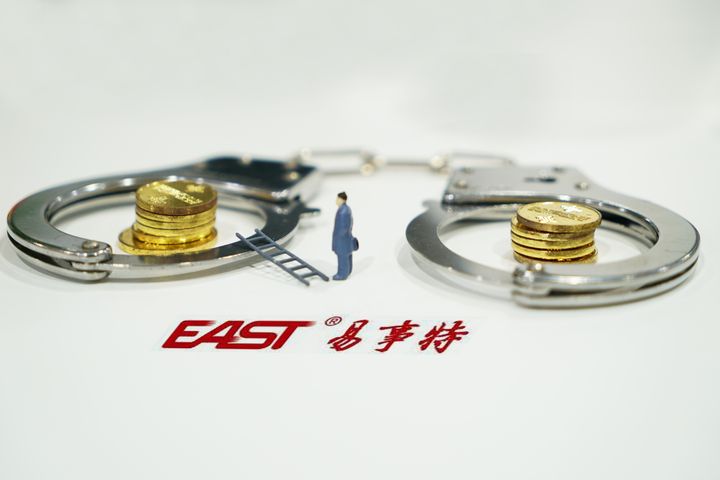 The group confirmed last weekend it received letters from the commission notifying the chairman and company of the investigations.

"I've received a notice from the CSRC. I've made mistakes and must correct them," said He Simo, adding that he didn't know the details of the violation. "I should also reflect on and learn from the mistakes," he said.

Though He didn't disclose further details, a source told Yicai Global that the East Group investigation could relate to the company's stock bonus program, though this has not yet been confirmed.

In February, East unveiled a new share bonus program, dishing out a CNY0.9 (USD0.13) dividend and granting 30 shares for every 10 owned by existing shareholders. The bonus program brought in a large number of investors and saw the stock price surge.

"I made my own mistakes on the information disclosure about the company's business development," said He. "I am correcting this according to procedure now, and will fully cooperate with the commission's investigations. I'm waiting for further notice from the regulator and can't provide any more information."

Some major shareholders in listed companies use such bonus programs to bump up the stock price and then cash-out their holdings.

These programs are common and will easily be used by information collusion markets, Shanghai Stock Exchange said.

CSRC Chairman Liu Shiyu earlier said that listed companies should avoid financial chaos and that these bonus programs would be closely watched. "Most listed companies comply with laws and regulations, but some create fake financial statements," he said. "These 30-for-10 bonus issues don't exist anywhere else in the world, companies like these need to be investigated."

Regulators will ramp up supervision over the disclosure of information on stock dividends and enhance the secondary market transaction verification system, said CSRC spokesman Deng Ge. Companies will be investigated and punished if found to engage in illegal activities, he added.