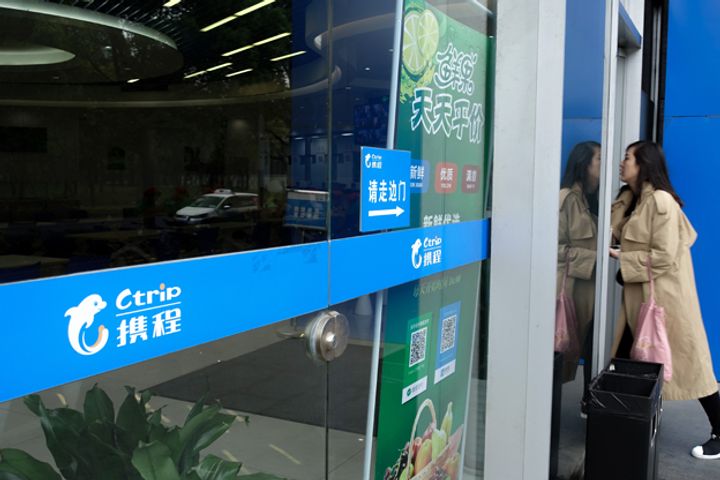 (Yicai Global) Nov. 12 -- The gross merchandise volume of Ctrip.Com has increased about 30 percent from a year ago to CNY690 billion (USD101 billion) by Sept. 30. Ctrip has thus overtaken US-based Expedia and other overseas rivals in GMV for the first time to rank top in the global online tourism sector, said Sun Jie, the firm's chief executive.

These figures take no account of the GMV of Ctrip's UK unit Skyscanner Holdings.

Gross merchandise volume is a common metric online retailers use to measure sales transacted via their platforms. It is a total sales dollar value for goods turnover through a particular marketplace over a set time frame, public information shows.

Shanghai-based Ctrip has loyal users and a solid basis for development, the company said. As the travel bug bites ever more Chinese, the firm has established a 'one-stop' tourism service and has been raising its technical input into artificial intelligence, Big Data and cloud computing and focusing on product innovation. These approaches have rocketed it to the top in GMV for the first time, the Beijing News reported today.

The company has been growing over four times as fast as China's gross domestic product. The country will remain one of the fastest-growing economies in the world in the next decade and its sustained momentum will help develop the tourism sector, said Liang Jianzhang, Ctrip co-founder and executive chairman.

Domestic tourists tallied 2.8 billion In the first half in an 11.4 percent rise from a year earlier, while the headcount of inbound and outbound travelers was 141 million, up 7 percent, per data from China's culture and tourism ministry.

Chinese are ever more eager to travel as their incomes increase, with 83 percent saying they were willing to tour in the first quarter and 84.8 percent who said so in the second, with that number continuing to rise, public data show.