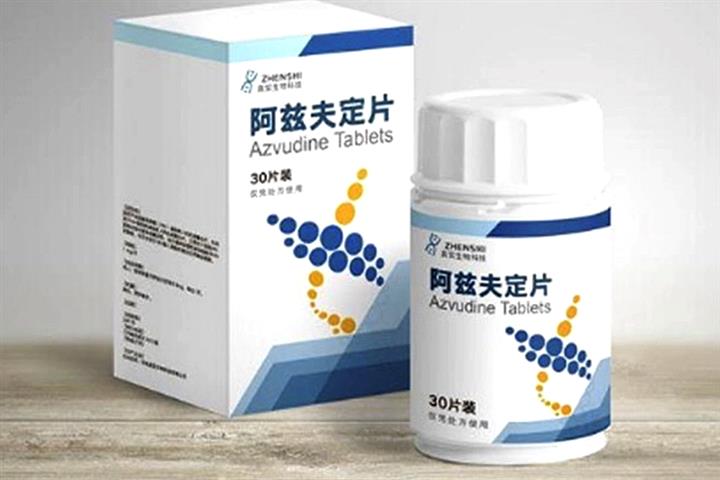 (Yicai Global) Aug. 5 -- Less than half a month after its product Azvudine, China’s first domestic oral medication for Covid-19, was approved to be on the market, Genuine Biotech submitted a listing application to the Hong Kong Exchanges and Clearing. But the firm did reveal how much money it will raise.

The company will use the funds raised to produce and commercialize the drug and do clinical research on therapies for the human immunodeficiency virus, the hand-foot-mouth disease, and neoplastic hematologic disorders, Genuine Biotech said in the application.

Genuine Biotech started Phase III clinical trials of Azvudine for treatment of Covid-19 patients in Russia in June last year and was expected to finish the trials by the end of this year, the firm revealed.

Azvudine was originally developed by Zhengzhou University, but Beijing Xingyu Zhongke Investment bought the intellectual property rights of the drug in December 2011 and transferred it to Henan Genuine after it was formed in 2012.

It is worth noting that Genuine Biotech hasn’t made any profit yet and gets money for its operation from equity financing and loans as well as borrowings.

According to the firm, the vast majority of losses are derived from costs arising from research and development activities, administrative expenses related to operations, and financial costs. Its R&D expenditure for 2020, 2021 and the first five months of 2022 were USD106 million, USD64 million and USD114.2 million, respectively, tallying USD284.2 million.