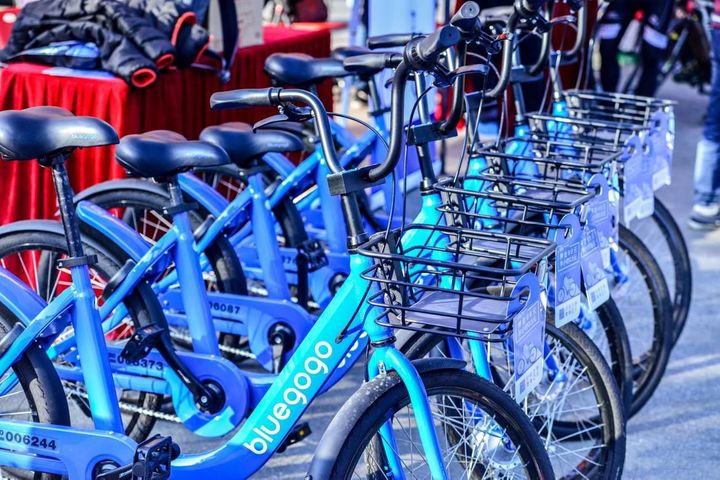 (Yicai Global) Jan. 11 -- Didi Chuxing has finally acknowledged it will enter the saturated bike-sharing market. Propping up the sagging Chinese bike-sharing firm Bluegogo on its platform is only its first deployment.

After 'reviving' Bluegogo, Didi Chuxing Technology Co. will soon incorporate a comprehensive bike-sharing platform within its app, which will integrate OFO, Bluegogo, and other potential bike-sharing partners.

Didi will thus reclaim OFO's exclusive right to the Didi app and, apart from hosting Bluegogo, it will also enter the bike-sharing market via its own-branded dockless bike brand. This move comes as result of the 'break-up' between Didi and OFO.

Didi displayed great acumen when the bike-sharing craze began. It invested in OFO in the summer of 2016 when it was still a campus startup. Didi was locked in mortal combat with Uber at that time. The company bought out Uber's business in China in August 2016, but the bike-sharing market had already become as crowded as the car-hailing market by that time.

This is good for Didi as an investor. After the series C1 funding for OFO, Didi kept upping its stake in the firm. The investment in OFO has successfully connected the car-hailing and bike-sharing platforms, especially after OFO announced its official inclusion in Didi in April 2017. What Didi truly wants is full control of OFO as it is its largest institutional shareholder.

To this end, Didi seconded three of its executives to OFO in July to act as chief executive, head of marketing and chief financial officer. The executives hit a rocky road of resistance, however, and all took 'vacations' at the end of November. This was symptomatic of OFO's intractability and unwillingness to submit to control, and this development hardened Didi's resolve.

Didi is behind the merger talks between OFO and Mobike, it is widely believed. It hopes to integrate the bike-sharing service into its ecosystem in this way. However, the resentment of the founders of Mobike and OFO towards the merger has led to intensifying clashes between OFO and Didi.

Although OFO has now parted ways with Didi, it still has Alibaba at its back. Mobike is backed by Tencent Holdings Ltd., while Ant Financial, the fintech arm of Alibaba Group Holding Ltd., controls the number three bike-sharer Hellobike. OFO is said to have started a new round of funding led by Alibaba, and this is likely to shake off Didi's absolute control of the former.

The entrance of Alibaba and Didi's Tencent-backed bike-sharing service in the highly saturated market that Mobike and OFO dominate will thus upset the applecart and change everything.