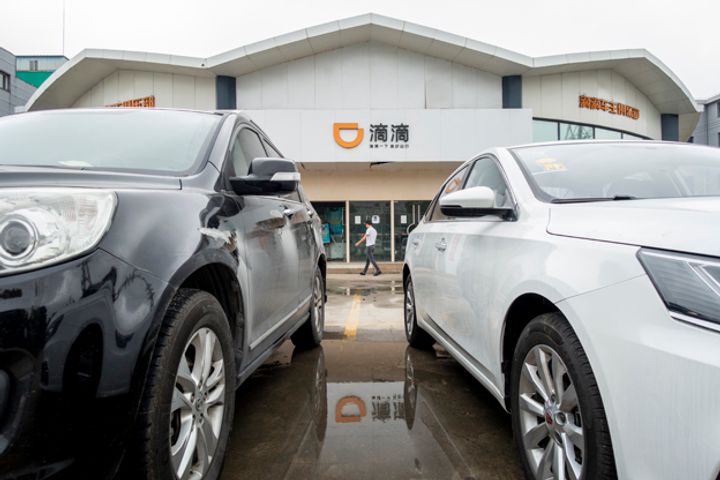 (Yicai Global) Sept. 7 -- Didi Chuxing, the ride-hailing titan battling the aftershocks of two passenger murders this year, saw its loss widen 61 percent in the first half.

Beijing-based Didi dished out almost CNY11.8 billion in passenger subsidies and driver bonuses, the report said. Subsidies and bonuses tallied at just over CNY18 billion in 2017, or CNY2.43 (36 US cents) for each of Didi's 7.4 billion orders.

The world's largest car-hailing provider has become the most closely watched subject of a central government probe into the sector as safety issues came to the fore after two users were killed by their drivers in the space of three months. The latest murder was perpetrated on Aug. 24.

Earlier this week, founder Cheng Wei pledged to regulators, who are camped at the firm's headquarters until mid-September, that he will pump CNY140 million into customer services as Didi looks to rebound.

"Didi will stop using scale and growth as our measurement of success," Cheng and President Jean Liu said in an open letter posted on Weibo on Aug. 28. The firm will instead "prioritize safety as the single most important performance indicator."

Other high-spend areas over the first six months of this year were research and development, on which Didi spent CNY1.7 billion, and costs for payment systems and cloud servers, which totaled CNY3.7 billion. The firm wound up with an overall gross profit margin of 1.6 percent over the period, down 0.3 point from 2017's whole year figure.

The tech giant, which muscled American counterpart Uber out of China in 2016, dominates the domestic ride-hailing market and runs multiple overseas operations -- but China's top regulators are growing tired of its disregard for citizen safety.

Some 10 departments, including the ministries of transport and justice and the Public Security Bureau, sent officials to Didi's headquarters this week as the nation conducts a sweeping investigation into the entire industry, including the authorities that are supposed to be governing it.

Several officials from those departments likely to be a subject in the investigation, including the local transport departments in Shanghai and Guangdong, have accused the firm of routinely flaunting local and national ride-hailing regulations -- such as operating without permission from the city.

Shanghai refused to give Didi a license because it employed drivers and used cars that did not qualify under the city's ride-hailing rules, which call for local drivers and Shanghai-registered vehicles, Ma Fei, deputy director of Shanghai's transport bureau, said in April.

But having no license has not stopped the firm. Its app is readily accessible throughout the city and so far Didi has received eight fines of CNY100,000 (USD14,850) -- a slap on the wrist for a company so large. It has happily paid its dues but has done nothing to fix the problem, Ma added.

Under national procedures, Didi is supposed to disclose its driver and vehicle data with local regulators across the country -- but it refuses to do so, Wang Fumin, deputy director of Guangdong province's transport department, said late last month. He expects the firm to undergo a complete overhaul and supply all necessary data by the end of the year as the government cracks down on shady ride-hailing practices.

It has already submitted data for 44 cities but the information it has supplied has been incomplete, late and of poor quality, according to the national transport ministry.