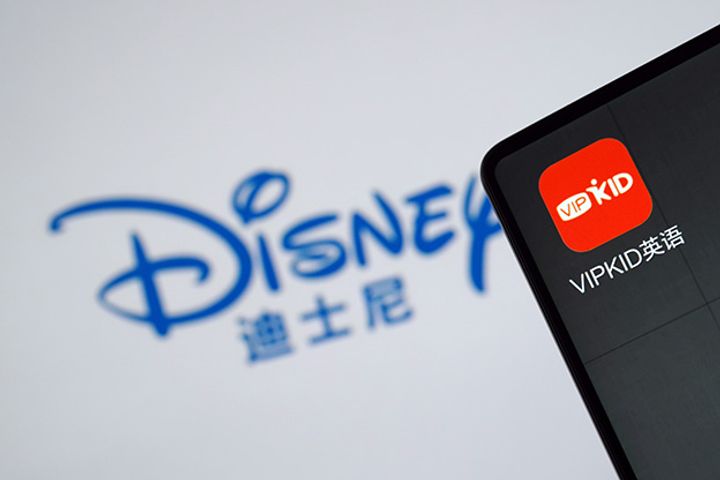 (Yicai Global) March 19 -- Walt Disney's Chinese unit yesterday denied cooperating with VIPKid after the children's education platform claimed to have received support from Disney in a series of events.

The platform claimed to work with California-based The Walt Disney Company in several public events and press releases since September, saying it sponsors students and teachers to take part in the extracurricular event Disney Youth Education Series.

Run by Beijing-based Dami Future Technology, the online real-time video class platform connects Chinese students from four to 15 years old to foreign teachers in North America.  It has over 500,000 paid students and more than 60,000 English teachers, according to information on its website.

It had received over USD200 million in funds from tech giant Tencent Holdings, Yunfeng Capital and other investors as of August 2017 and had a valuation of over USD3 billion as of last April, Bloomberg News reported.

Disney has no business relations with VIPKid, especially in China, Disney's Chinese unit said on its WeChat account, adding that the company once invited its students to the Disneyland Resort in Anaheim, California to take part in the Youth Education Series, which is a project open to all of suitable age.

VIPKid started its Big World Class project in April and teamed with the Orange County, California Visitors Association and the Orlando unit of state-run Florida Tourism Industry Marketing to hold the activity at these sites.

The company also produced two seasons and 16 episodes of youth English teaching programs at the Disneyland parks in California and Orlando, with support from local official tourism marketing organizations and the theme parks' staff, VIPKid noted, but without providing any details of the agreement it implied between the two.

Subsequent statements by the company omitted mention of the "cooperative arrangement."

The firm also held its Big World Class conference at Shanghai Disneyland Hotel and in Beijing on Sept. 6 and 20, when Zhou Yu, an official with the Orange County Visitors Association, and Deng Qingling, the director of Disney China Market and Sales, attended the conferences and gave speeches, VIPKid said.