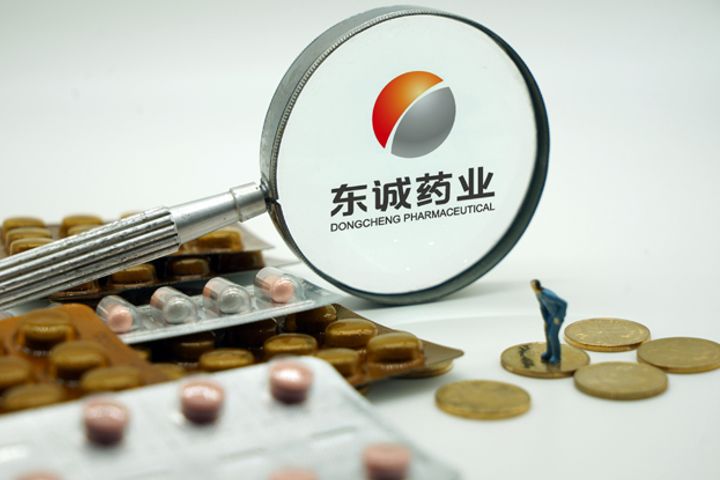 (Yicai Global) Sept. 10 -- Leading Chinese radioactive medicine developer Yantai Dongcheng Biochemicals will partner with the Institute of Modern Physics affiliated to the Chinese Academy of Sciences to establish a nuclear medicine product joint venture to build on the former's research and development capabilities.

The firm signed a corresponding framework agreement with the IMP, based in Lanzhou in northwestern Gansu province, on Aug. 8, the radioactive medicine developer headquartered in East China's Shandong province said in a statement yesterday.

The pair will jointly invest in and set up a JV specializing in new-generation radionuclide and nuclear medicine innovation research and development, with Dongcheng Biochemicals' and the IMP's shareholdings specified as 60 to 70 percent and 30 to 40 percent, respectively.

The JV will be tasked with developing proton cyclotrons with medium/high energy and beam intensity and a relevant radionuclide drug production system, the statement noted, adding that the specifics of the partnership will be set forth later in a formal contract.

Once the equipment and system are successfully developed, the JV will be able to produce and sell existing mature radionuclide products (including 18F, 111In, 123I, 68Ge and 99Tcm) in mass volume, as well as tentatively producing radionuclides that emit alpha particles (such as 211At, 225Ac, 223Ra and 227Th), per the statement.

The JV may also participate in the radioisotope drug R&D project in future based on a high-current superconducting linear accelerator the IMP has proposed, it said.

The IMP also tentatively plans to collaborate with Dongcheng Biochemicals to build a national molecular imaging precision diagnosis and treatment innovation center, and has invited leading Chinese and foreign research institutes to take part in the center's construction, the statement added.

The company has identified nuclear medicine as a strategic priority for its development in the next 10 years, its website shows. Businesses currently operated by its affiliates include radiopharmaceutical production, R&D, instant labeling and distribution (nuclear pharmacy) and positron-based drug production and sales.