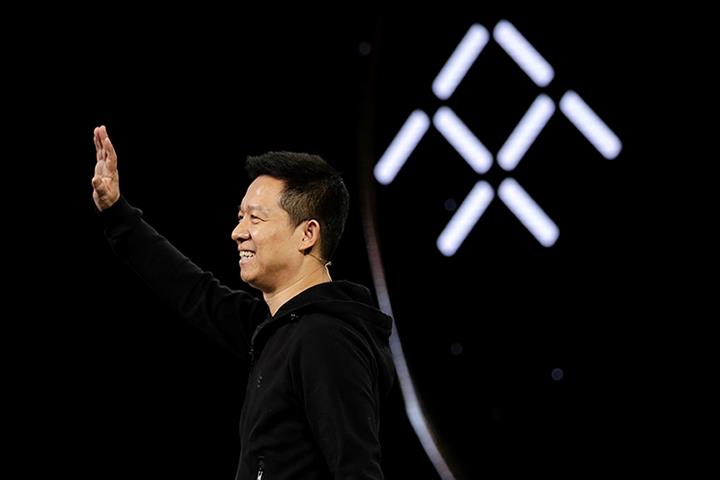 (Yicai Global) April 6 -- Faraday Future, the US electric vehicle startup founded by Chinese businessman Jia Yueting, applied to go public on the Nasdaq yesterday, paving the way for mass production of its first vehicle after seven years of delays and hold ups, The Paper reported.

The listing, which is expected to happen next month, will take place through a merger with a blank check company called Property Solutions Acquisition, the Los Angeles-based automaker said earlier.

Trading under the stock ticker FFIE, going public will help the carmaker raise the funds needed to get its FF91 prototype out the door. Mass production will need between USD800 million and USD850 million, according to an earlier plan.

PSA is a so-called special purpose acquisition company, a fairly new vehicle for backdoor listings in which a number of parties jointly set up a firm that raises funds in an IPO and then uses them to buy other businesses or assets later on.

Once listed, Faraday Future will debut the FF91 in China and the US within 12 months and aims to produce 450,000 by 2025. Production has been postponed several times since the firm was founded in 2014 because of personnel changes and financing issues.

Faraday Future has passed its 2020 financial audit, it said in the filing, indicating that it has successfully distanced itself from the murky state of its founder’s finances.

Jia, who also set up Beijing-based internet firm Leshi Holdings Group, fled China for the US in 2017 to escape mounting debts largely caused by an overambitious diversification drive into ventures that did not pay off.

Part of Jia’s debt restructuring plan, approved by a US court last May, was to put all of his equity in Faraday Future, about 33 percent, into a creditors’ trust. Original shareholders and creditors will continue to own most of the carmaker’s equity, around 66 percent, after the listing.

US production is likely to take place at the old Pirelli tire factory in Hanford, California that Faraday Future bought in 2017.