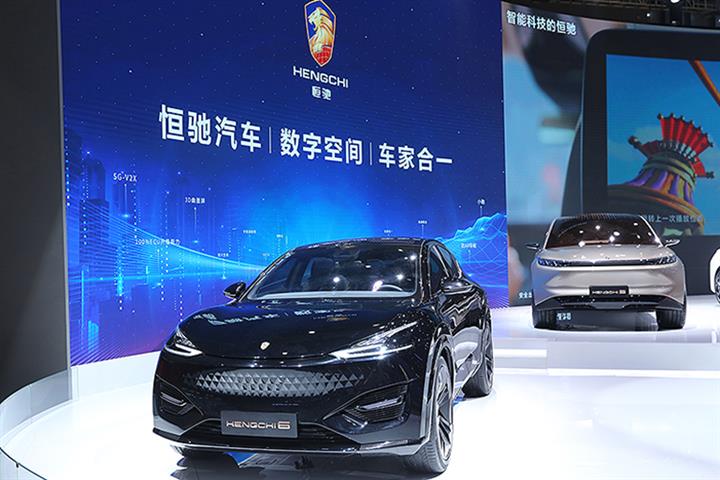 Evergrande's Car Brand Hengchi Is Said to Cut 10% of Workforce

(Yicai Global) Dec. 2 -- The new energy vehicle brand of China Evergrande Group, a troubled real estate developer, is once again reported to be laying off and furloughing staff.

Hengchi Automobile Trading will lay off 10 percent of its staff, or even more in some departments, The Paper reported today, citing a source close to the car company. Another 25 percent of workers will be sent home for one to three months without pay.

The vehicle brand's employees are furloughed from Dec. 1 to Feb. 28, 2023, the report said, citing an anonymous source. Subsequent adjustments will be made based on workflow, it added.

Market participants have been questioning whether Evergrande New Energy Vehicle Group, the Shenzhen-based property firm's NEV arm, can maintain its operations and deliver on its promises of multiple car models amid the parent's liquidity issues.

Hengchi's human resources are configured to meet the simultaneous development demand of nine car models, the above-mentioned source close to the firm said. Given the current pandemic and market conditions, the company is making strategic adjustments to reduce costs while increasing efficiency, focusing its resources on ensuring the production and delivery of Hengchi 5, as well as the development and mass production of Hengchi 6 and 7, the person added.

On Oct. 29, Hengchi announced that it began delivering the first batch of 100 Hengchi 5 sport-utility vehicles. The company had received more than 37,000 orders in less than 15 days after kicking off global presales in July. The first Hengchi 5 rolled off the production line on Dec. 30, 2021.

This is not the first rumor about downsizing. On Nov. 27, auto news outlet Sina Auto reported that Evergrande NEV's Tianjin plant was planning to lay off 60 percent of its employees. Some had already been informed about the decision while others would be sent on unpaid leave. The company responded that the "current production at the Tianjin plant is normal."

In August, Hengchi's President Liu Yongzhuo commented on rumors of an impending acquisition. Liu said that the company has been actively introducing strategic investors, and both regional governments and strong enterprises are showing interest. "But there is no such thing as an acquisition."