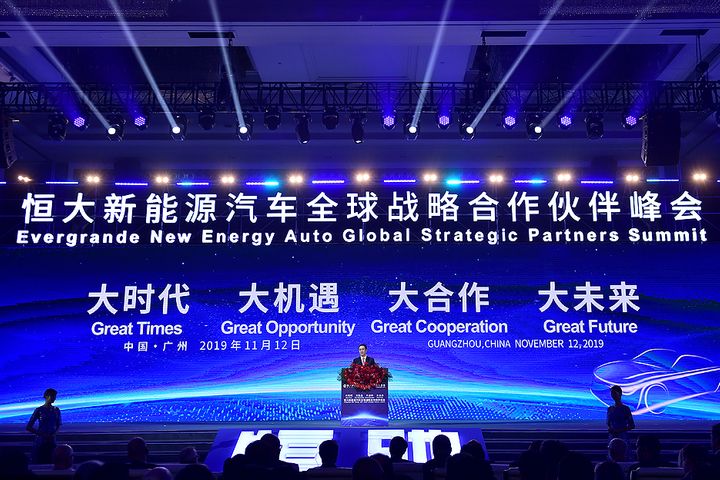 Evergrande's NEV Unit to Come Out With First Car Next Year

"The Group aims to lead the world in technologies and the manufacturing quality of new energy vehicles," Xu had said earlier.

Evergrande New Energy must have world-leading core technology and product quality, and it needs to greatly cut costs, he noted.

The designed annual production capacity of Evergrande's top ten global plants will be 500,000 units, with an initial capacity of 100,000 units, Xu stated. The firm had previously planned to produce 1 million cars per year in the first phase, then strive to achieve an annual output of 5 million cars within 10 years.