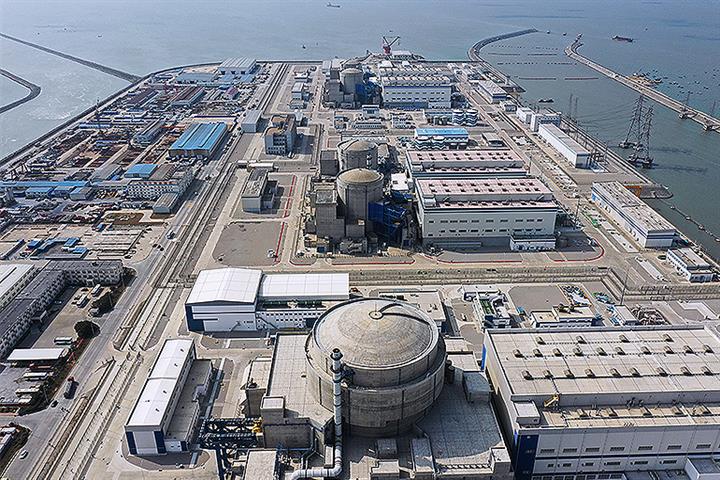 (Yicai Global) Sept. 30 -- The majority of China’s nuclear reactors are producing electricity at full capacity as work progresses on new atomic power-generating projects, with construction of about six to eight new reactor units planned each year for the next five years, according to a number of authoritative sources.

Apart from some undergoing maintenance, most of the nation’s 51 reactor units are in full operation, Zhao Chengkun, former director of China’s National Nuclear Safety Administration and vice chair of the China Nuclear Energy Association, said in a recent interview with Yicai Global.

“Apart from the No. 5 unit which is halted for overhaul, our company’s other five units are running at full capacity,” said an insider at Jiangsu Nuclear Power, a unit of state-owned China National Nuclear Corporation, while a source at another atomic power company said “this year should be a harvest for the nuclear power industry.”

China’s nuclear power plants were used an average 5,219 hours from this January to August, an increase of 338 hours from a year ago, according to data the National Energy Administration published earlier this month. That was well above the 2,560 hours total average for all other power-production equipment and the corresponding yearly increase of 112 hours for other means of power generation.

The average for wind power, which is also classed as a clean energy source, reached just 1,500 hours during the same period, a gain of 83 hours on last year.

At a time when electricity production at coal-fired power stations, solar plants and wind farms has been restricted for various reasons “nuclear power has played the key role in stabilizing the grid and dealing with the extreme external conditions,” Zhao said.

New atomic power projects are also being quickly constructed. About six to eight new units will be built each year over the coming five years to boost nuclear energy’s shares of China’s power-generation mix to about 8 percent by 2030, Du Xiangwan, former vice president of the Chinese Academy of Engineering, said at a recent public event.

Construction of atomic power plants is also expanding inland from the usual coastal locations. More than 10 landlocked regions, including the provinces of Sichuan and Guizhou and the municipality of Chongqing, are pursuing power replacement projects. Some inland cities in coastal provinces are also embracing nuclear power, according to official data.

The total amount of electricity generated in China last year from atomic energy was 366.2 billion kilowatt hours, which contributed 4.9 percent to the country’s overall power generation, according to figures provided by Shi Lishan, deputy director of the National Energy Administration’s nuclear power department, on Sept. 27.