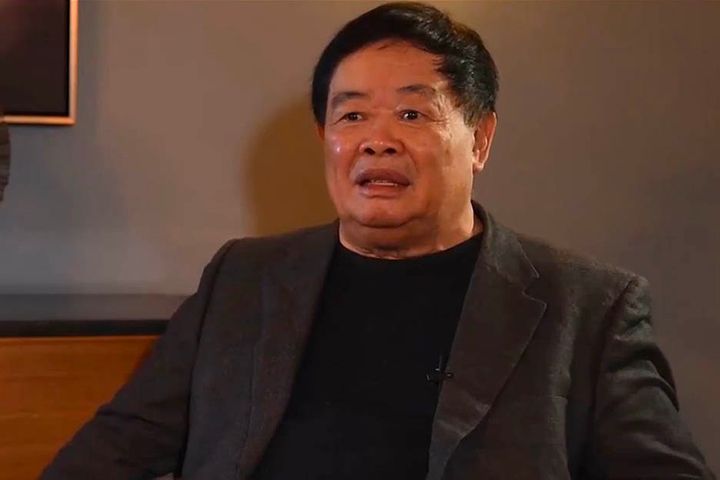 [Exclusive] Each Firm Must Save Itself Amid Virus Crisis, 'American Factory' Boss Says

(Yicai Global) Feb. 11 -- It is the responsibility of individual businesses to look out for themselves as they face the financial challenges thrown up by the novel coronavirus epidemic, according to Fuyao Glass Industry Group Chairman Cao Dewang.

"Each company must save itself," the Chinese businessman, whose manufacturing plant in Ohio featured in Netflix's Oscar-winning documentary film American Factory, told Yicai Global in a recent interview.

Amid the deadly virus outbreak in China, some catering businesses have said that their cash on hand will last only three months. If a company runs out of money after that time, "that is its own problem," Cao said.

"Which company's accessible cash funds will last more than three months?," he asked. "All firms should have less than that available. The cash flow cycle is generally from 100 days to 120 days, so three months is normal."

Because of the coronavirus, Cao was absent from the Academy Awards ceremony on Feb. 9 at which American Factory was awarded the Oscar for best documentary feature. The founder and chairman of Fuyao Glass had been expected to become the first Chinese entrepreneur to show up in Hollywood with an Oscar-nominated movie.

Fuyao Glass bought a shuttered General Motors plant outside Dayton, Ohio in 2014 and converted it into a 180,000-square-meter manufacturing plant. It hired more than 2,300 local employees and was largely seen as Dayton's savior as the town floundered in the wake of the downturn of the US auto industry.

The Fuzhou province-based company implemented a Chinese management model and by October 2016 the factory had swung into profit. The fly-on-the-wall film about it's opening and operation, which was the first title from Barack and Michelle Obama's production firm Higher Ground, was released on Netflix last August.

Extracts from Cao's interview with Yicai Global appear below.

Yicai Global: Congratulations on American Factory winning an Oscar. What are your thoughts about the award?

Cao Dewang: I would like to offer them [the movie's producers] my warmest congratulations. After five years of hard work, they finally got acknowledged for realizing their dreams and aspirations. I believe they deserve this award for their hard work and storytelling skills.

This documentary shows the attitudes and enthusiasm of Chinese factory workers, telling the world that China's prosperity is achieved through hard work.

YG: Fuyao has set up a team to procure medical supplies overseas during the coronavirus epidemic. What have you bought?

CD: Supplies have been scarce. The team bought nearly USD2 million worth of supplies. We purchased medical equipment such as face masks, protective clothing, shoes and gloves in the countries where Fuyao has branches, including Japan, France, and Germany. We will fly them over to China.

I would like to thank the Chinese Embassy in Germany and several airlines for their help in prioritizing our deliveries. I believe that China's demand for face masks is at least 100 million units per day and the daily output in China is less than 30 million. That of medical N95 respirators is less than 6 million.

YG: Chinese companies and factories have restarted operations after a prolonged Spring Festival holiday this week. What do you think about this?

CD: The situation amid the outbreak is severe. I think that prevention efforts should be given top priority. China's production capacity is excessive so a few days of suspensions will not cause any problems. But hotels and catering firms have suffered a lot during this time. In my opinion, we should act according to the situation and companies should resume work according to their own needs.

YG: How about Fuyao's Chinese factories?

CD: Six of Fuyao's plants cannot afford to shut down so they must maintain production every minute 24/7. The workers of our several other factories were given a few days off. We supply auto parts to well-known international car companies. Our products are delivered to Europe, the US, Japan, and South Korea. We guarantee that the customer can ship the goods on a certain date. We are coordinating with the government to strengthen internal control so that overseas orders will not be affected.

We are not operating secretively. We have filed for government approval. Other companies are the same. If a factory has difficulties in delivering products when it has an obligation to deliver, it can discuss with the local government.

At present, there are no cases of coronavirus infection among our employees in 16 provinces.

YG: It is said that during the outbreak Fuyao lost nearly half of its monthly profits. Is that true?

CD: The basic law of the manufacturing industry is that if a factory maintains 60 percent of its production capacity, it will break even. Beyond 60 percent, it will make money.

In order to supply to overseas customers, our Chinese factories are still operating, but Chinese customers have stopped working and buying from us. Still, we have to pay workers' salaries and pension benefits. If the monthly salaries amount to CNY100 million (USD14.3 million), then pension payments will reach from CNY40 million (USD5.7 million) to CNY50 million.

Our monthly profit range used to be between CNY200 million and CNY400 million, but now it may stay at the lower end at around CNY200 million. However, I think when the whole country is facing difficulties, it is not very tactful to just stare at one's personal losses. Fuyao is very conscious of its actions and is not asking for anything.