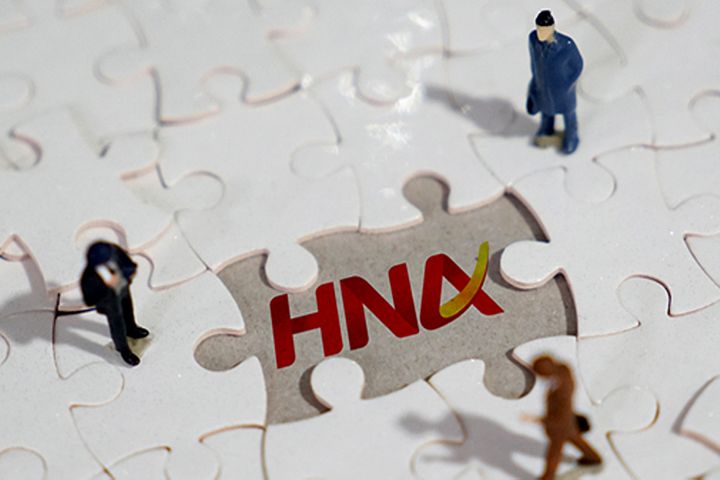 [Exclusive] No Takeover, No Bailout for China's HNA, Sources Say

(Yicai Global) March 2 -- The Chinese government will not take over or bail out HNA Group, an authoritative source familiar with the matter told Yicai Global, after the Hainan provincial government sent in a team to sort out the debt situation at the troubled aviation-to-financial services conglomerate.

At HNA's request, Hainan sent a taskforce consisting of officials from the provincial government and the Civil Aviation Administration of China to help with its risk management, the Haikou-based group said in a Feb. 29 statement. But its controlling structure will stay unchanged, and Chairman Chen Feng remains in place along with all other senior executives, the source said.

"HNA won't be taken over and its flagship carrier Hainan Airlines won't be split off," he said in an interview.

That is contrary to speculation in the media that the government of China's southernmost province, a tropical island where HNA is headquartered, would bail it out or even take control.

The team dispatched will play a dual role of rescue and supervision, another insider said, allowing the government to channel necessary funding and asset merger services to HNA. It will also enable the government to strengthen its supervision of the finances of the listed companies under the HNA Group.

The Hainan government will try its best to help this major local aviation group survive the crisis, the insider said.

HNA's bedrock is in aviation. It set up Hainan Airlines in 1993 which went on to become one of the largest civilian-run air transport companies in China and the 10th-largest airline in Asia in terms of passengers carried. Through its subsidiary Hainan Aviation, the firm also controls a number of other local carriers, including Shanxi Airlines, Chang An Airlines and China Xinhua Airlines.

After 2000, the group diversified aggressively into several other industries including tourism, logistics and real estate. It went on a huge spending spree, acquiring multiple businesses both in China and abroad, including splurging USD40 billion on ritzy properties over six continents. It soon ran into liquidity difficulties and by 2017 had run up debts of USD94 billion. The firm is currently liable for daily repayments of CNY100 million (USD14.3 million).

The recent outbreak of novel coronavirus has only made matters worse, with the carrier reportedly unable to meet its current commitments. HNA has had to virtually suspend all its civil aviation operations as the epidemic has thinned passenger counts to a trickle.

There was previously talk of the group's airline assets being sold off to the country's three biggest carriers -- Air China, China Southern Airlines and China Eastern Airlines -- but this will no longer happen, people familiar with the matter told Yicai Global.

HNA is not willing to be reorganized by any of the three major state-owned airlines, an industry insider said. If Hainan Airlines is hived off, it will also greatly curtail competition among domestic airlines, he said.

"HNA didn't want to sell its assets at a loss," the insider added. As a result, it has not been able to shift any and this has resulted in no return of funds. The new work group will help to restructure its assets.

The aim of the work group is to secure funds for HNA to protect creditors and ensure operations, the insider said. This will help create confidence among all parties, including the group itself, investors, creditors, employees and local governments.

So long as the task force can ensure that HNA meets its financial obligations, this will help boost the construction of Hainan's free trade port and the development of related industries including banking, tourism, real estate and others, the insider said.

The move demonstrates the central government's determination to support the private economy, he added.

The local government will also provide HNA with public services to mitigate any fallout from its debt crisis, people familiar with the matter said. For example, if there is any danger of repercussions, the government will promptly step in to protect the public interest.

"But the government will not commit to a bailout," one person added. "Everything will be done according to the laws of the market."

A previous task force dispatched by the Hainan government in 2018 to sort out HNA's debt crisis was made up mainly of creditors such as banks. This time, the work group consists of a wider cross-section of members, including senior management from regional investment companies and China Development Bank as well as key officials from CAAC's Central and South China departments.