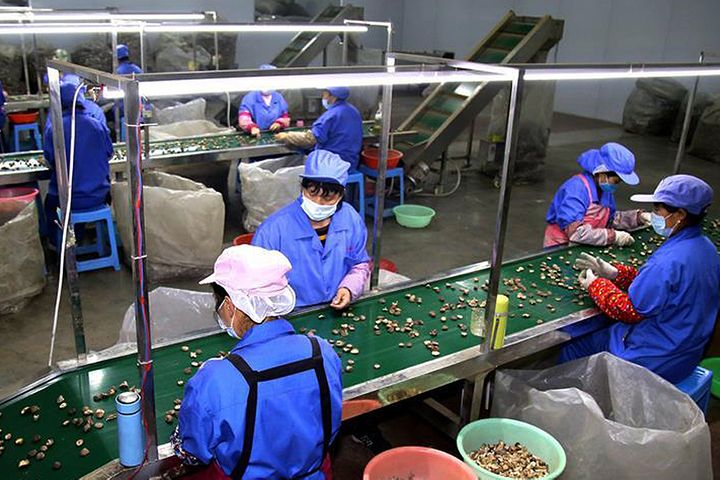 (Yicai Global) March 27 -- The coronavirus has had a major impact on Hubei, the epicenter of the outbreak in China, with the virus expected to shave between CNY700 billion and CNY1 trillion (USD98.9 billion and USD141.3 billion) from the province's gross domestic product, according to an economist at Wuhan University.

"Firms in Hubei province have been shut down for nearly two months," Luo Zhi, director of Wuhan University's New Private Economy Research Center -- which has been tracking the effect on companies in the province -- told Yicai Global. "If the resumption of work is slow, the losses will be greater."

The top priority now is to provide more support to small- and medium-sized enterprises, she said in an exclusive interview.

Hubei's economy was worth CNY4.6 trillion last year, and the province had pegged GDP growth at 7.5 percent to CNY4.9 trillion this year, per its 2020 government report, but the novel coronavirus epidemic will result in a loss of about 15.7 percent to 21.3 percent in GDP this year.

Luo said that by analyzing data of various industries before and after the SARS outbreak in 2003, it was found that the services sector only returned to the normal or less-than normal in the two quarters after the outbreak and manufacturing did not see rapid growth.

"Covid-19's impact is greater than SARS," Luo noted. "Hubei won't see a retaliatory increase in the manufacturing and service sectors after the epidemic ends.

"Residents' income may decline, and the recovery of the service sector in the next three quarters will be slower than it was amid SARS," she said. "Manufacturing industry in the province has also met difficulties because of shrinking demand and a loss of orders.

The loss will be greater if the recovery in production is sluggish, she stressed. Companies in Hubei, private businesses in particular, are struggling to survive because of financial strains and other factors resulting from a production halt during the virus period. Firms are facing difficulties in getting back to work, so we must be alert to a possible tide of bankruptcies among private SMEs, Luo warned.

Luo conducted a survey of 573 companies in late February when the outbreak was quite severe. The vast majority spoke of their survival difficulties; about 95.6 percent of the firms thought the virus would have a large or very large impact on their business. Almost 57.6 percent said they could last for up to three months in the event of a shutdown. On development prospects after the outbreak, 53.2 percent were pessimistic.

Hubei relies on stable private firms for stable employment and people's livelihoods, and counts on the non-state economy for provincial economic stability, Luo said, adding that the top priority now is to speed up the restart at SMEs while taking action to prevent and control the outbreak, which is a prerequisite for companies' survival.

Almost all industries are speeding up their return to production, but their degree of recovery varies, she said. The high-tech industry is doing a good job in recovering capacity, but that of some traditional manufacturing industries is less than half of what it was in the same period last year because the nationwide industrial and supply chains have not yet fully recovered and weaker demand has led to lack of orders for many companies.

Luo called on the government to consider setting up policy-backed financial institutions for SMEs in addition to implementing existing support policies to provide low-interest and long-term loans to SMEs from government capital, government borrowings, and bond issuance and offer financing guarantees and insurance for loans taken by SMEs from other commercial banks.