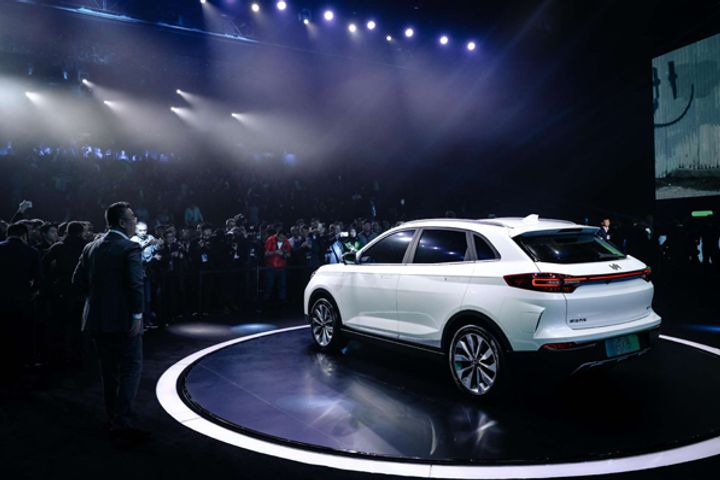 (Yicai Global) Dec. 14 -- Chinese electric vehicle startup WM Motor Technology Co. is already preparing for its next wave of funding after closing its previous round just a week ago.

WM Motor's last funding round was led by search and tech giant Baidu Inc. [NASDAQ:BIDU], and although Tencent was keen to play a part in the financing, it missed out due to a 45-day exclusivity deal signed with the earlier investor. The firm has already raised more than CNY12 billion, CNY1 billion of which came in last week's funding round with CNY800 million from Baidu.

Tencent has also invested in another of China's EV players, NIO, which Baidu also owns a stake in.

China sees NIO and WM Motor as favorites for the domestic electric vehicle market. WM Motor leans toward a combination of car making and the Internet of Things, whereas NIO focuses much more on IOT than manufacturing.

WM Motor's first mass-produced vehicle, a smart sports-utility vehicle, will cost CNY200,000 (USD30,224) or more and will have a range of 600 kilometers. The firm plans to begin production at its plant in Wenzhou, Zhejiang province, next year.