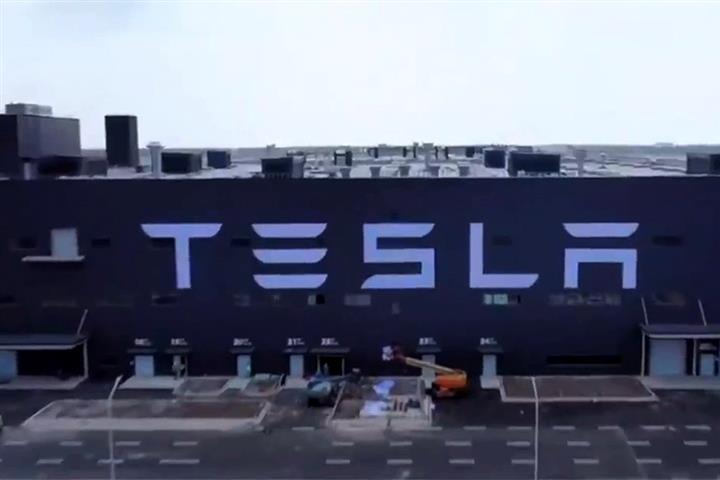 (Yicai Global) April 8 -- While Tesla shaves employee salaries in the US by as much as 30 percent in response to closing its North American plants amid the Covid-19 pandemic, the electric car giant’s China factory will take a different approach, a person familiar with the matter told Yicai Global.

Tesla will adopt different measures in China and will make an announcement later, the source said. There have been no production updates from the Shanghai Gigafactory since it resumed operations after the extended Chinese New Year holiday in mid-February.

The plant, which began delivering vehicles last December, is Tesla’s only overseas production base. It will be difficult to get to mass-production these days since parts of the supply chain depend on overseas imports, an industry insider told Yicai Global.

“The automobile industry has a very long supply chain,” a senior executive in the auto industry said. “If one component is missing, it can hold up the assembly of an entire vehicle.”

Tesla was forced to shut its US plants due to measure aimed at controlling the spread of the novel coronavirus. As a result, the California-based firm is enforcing temporary wage cuts of between 10 percent and 30 percent depending on employees’ rankings from April 13, its human resource department said recently.

The company’s first quarter results were better than expected. Tesla produced more than 100,000 electric vehicles in the first three months of this year, 33 percent more than the same period last year, and sold 88,400, a rise of 15 percent, according to data released last week.

Tesla's performance in the second quarter, though, faces huge uncertainties as both supply and demand decline due to the pandemic.