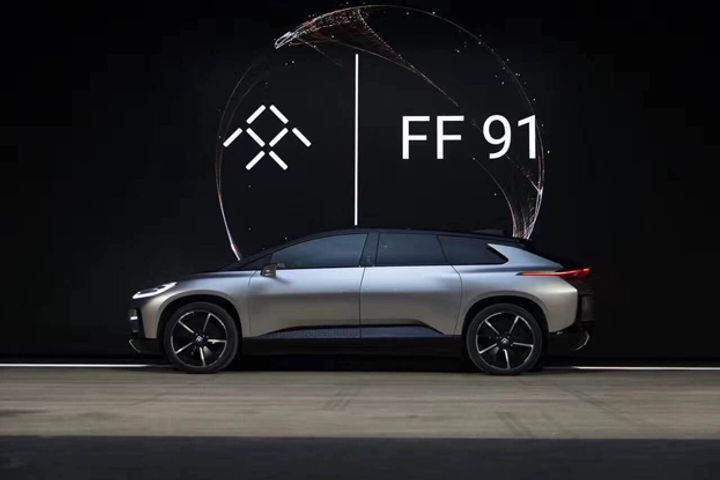 (Yicai Global) Dec. 7 -- Jia Yueting's team of lawyers signed an agreement with a Hong Kong-based investment institution on Dec. 1, per which Faraday & Future Inc. (FF) will gain an investment of over USD1 billion.

Jia will drive the FF production base into operation as soon as possible following the transaction to realize his promise of product sales by 2019, DIEV.com reported.

Jia's team has approached nearly 20 investment institutions over the past six months, one of which manifested a strong interest and sent a team to the US to conduct a due diligence investigation. It has already paid USD30-million earnest money to meet FF's most urgent needs, the report quoted an insider as saying.

The two sides concluded a final investment agreement on Dec. 1, but such details as the investor's identity and the deal price remain under lock and key. The market value of FF is now USD5 billion, equal to that of the domestic vehicle startup NextEV Inc., Jia revealed in November.

Only a firm with keen acumen and great commercial courage would invest under such risky circumstances, the insider noted. The most likely Hong Kong financial concern is one led by Richard Li, son of Hong Kong tycoon Li Ka-Shing. After losing out on a bid for the Anaheim, California-based electric car maker Fisker Automotive Inc. to Chinese auto part maker Wangxiang Group Corp., Richard Li has been seeking an opportunity to break into the auto industry.

FF had not officially responded to news of the deal as of press time.