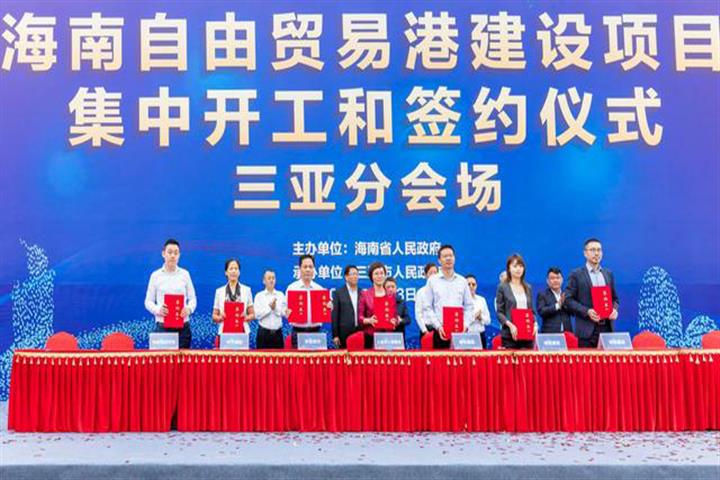 (Yicai Global) April 14 -- Shares of Fosun Tourism Group climbed after the Shanghai-based company said it will set up a regional headquarters in Sanya to strengthen its local investment and market development, and did not rule out moving its operations base to the southern Chinese beach resort in the future.

The company signed an agreement with the Sanya government yesterday that encompasses participation in local economic events, joint marketing activities, development of offshore tourism markets through Fosun’s global advantages, and further upgrading of the tourism complex project, Atlantis Sanya, that the group established in the coastal city.

The island province of Hainan, where Sanya is located, has long been an important market for Fosun Tourism, where it has invested in and established two major projects, Atlantis Sanya and Club Med. Atlantis Sanya, a tourist destination with surging online popularity, saw CNY1.3 billion (USD184.4 million) in revenue last year after luring 5.2 million visitors.

Hotel occupancy at Atlantis Sanya exceeded 55 percent during the Qingming, or tomb-sweeping, festival earlier this month, even reaching 70 percent during peak hours.