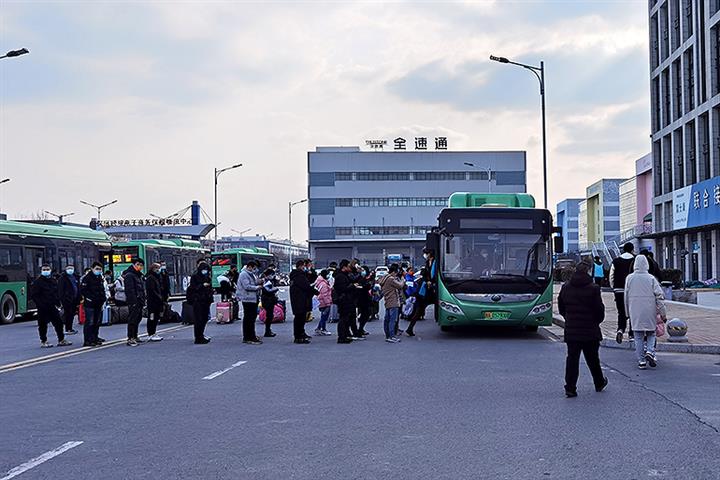 (Yicai Global) Nov. 18 -- Hon Hai Precision Industry is close to fulfilling its quota of new workers needed at the world's largest iPhone production base in Zhengzhou, a senior executive said after the contract manufacturer hiked its incentives to attract more staff to work at the plant in central China amid a local Covid-19 outbreak that caused many of its employees to abandon their job posts late last month.

More than 100,000 new job candidates have signed up to work for Hon Hai, better known as Foxconn, as of yesterday, a senior executive at the plant said to Yicai Global. The industrial park, which has over 300,000 employees during peak seasons, is responsible for assembling almost half of the world’s fresh iPhones.

The wave of departures started late last month. An employee who has been working at the factory throughout the turmoil told Yicai Global that his workshop used to have four production lines with more than 80 employees on duty for each but now there's only one production line with just over 30 workers.

The resulting workforce shortage has impacted the delivery schedule of Apple products. On Nov. 6, the California-headquartered company said on its website that iPhone 14 Pro and iPhone 14 Pro Max deliveries will be delayed amid strong demand and smaller-than-expected shipments.

The New Taipei-headquartered firm has offered generous incentives to keep its current workforce, attract newcomers, as well as to relocate some of its staff from other cities after many fled as the important factory in Zhengzhou moved onto a closed-loop management system in October to avoid contact with the outside world to control the spread of the pandemic.

The local government has offered great assistance to Foxconn to help the plant in its latest recruiting efforts, the above-mentioned executive said. The government assists the company in organizing its recruitment campaign across the province, and helps new workers to go through the quarantine and Covid-19 testing process before transporting them to the factory, according to a local media report in Henan province.

The support is probably closely related to the significance of Foxconn’s contributions to local employment and foreign trade, Zhou Jian, head of a Henan-based research institute for reforms and development, said to Yicai Global.

The plant's contributions make up 80 percent of Zhengzhou’s total imports and exports, and 60 percent of the province’s tally, Zhou said, adding that this is partly why Henan has for several years held onto its position as the top trade province in the region that includes Shanxi, Hubei, Anhui, Hunan, and Jiangxi.