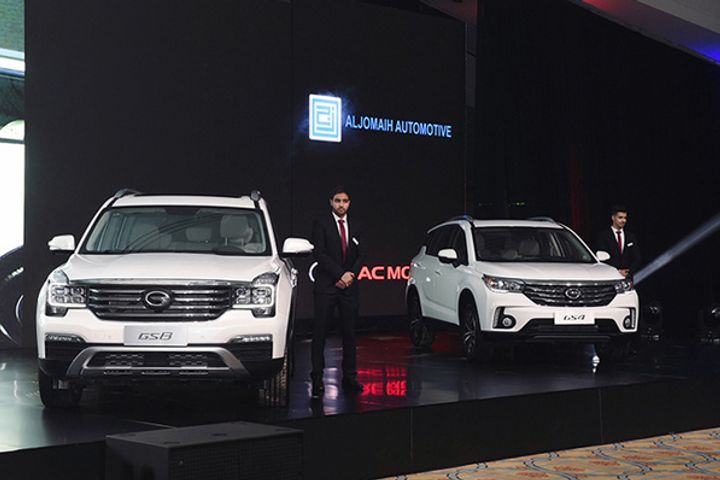 (Yicai Global) Nov. 9 -- GAC Motor, which runs the Chinese auto brand Trumpchi, has teamed up with a Saudi Arabian distributor to set up four sales and service centers in the Middle Eastern nation as it extends plans to tap foreign markets.

Trumpchi's expansion into Saudi Arabia will give locals a taste of China's automotive strength, said Sheikh Ibrahim Aljomaih, vice chairman of the distributor, which works with the likes of Cadillac and is General Motors' largest dealer in the Middle East.

The Chinese brand expanded into several Middle Eastern markets, including Kuwait, Qatar, Lebanon and Jordan, as early as 2013, and has been meaning to improve its brand recognition in the region. It has also opened a sales center in Dubai in the United Arab Emirates.

Trumpchi also broke into the Philippines this week via cooperation with local manufacturer Legado Motors, a partnership that GAC hopes will help it sell luxury vehicles in the Southeast Asian nation. It secured support from the Belt and Road Initiative, Chinese President Xi Jinping's master plan for global trade routes, to send five of its models to the country.

Legado's President Chavit Singson touted Trumpchi as a brand that stood for affordable luxury and a top-tier buying experience.