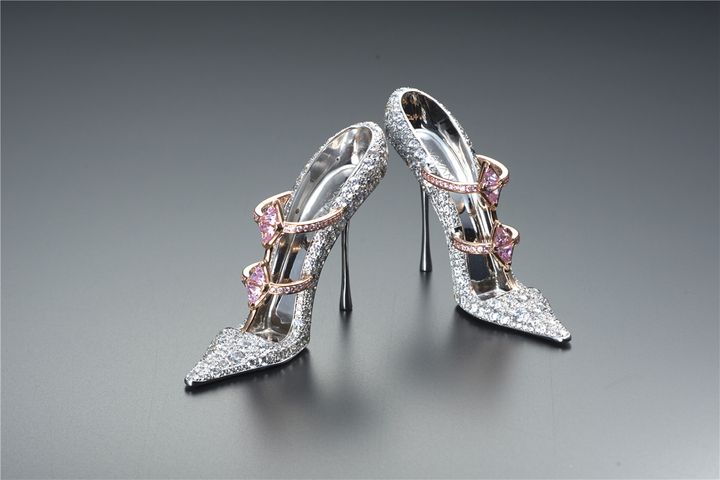 The shoes were created by Choo and his godson Reggie Hung, according to Ami Hsu, who co-founded the brand with the two designers. The footwear features pink and white diamonds graded by the Gemological Institute of America and will go on display alongside other bejeweled shoes.

Some of the products showcased will be available for sale while others will be headed straight to a museum, Hsu added. The brand will mainly target wealthy individuals but there will be some shoes geared toward younger consumers. Choo's ultimate aim is for jewel-studded shoes to replace engagement rings, Hsu said.

The CIIE will be of particular importance for the fashion industry, she added, saying that Genavant aims to bring an Asian touch to the global market and enhance the image of the Chinese styles. The firm has already signed up for a booth at the second CIIE next year, which is set to be five times bigger than the maiden event this November.

Hsu hopes to meet like-minded partners at the event who hold craftsmanship in high regard, she said, adding that the firm is in talks with the Ministry of Commerce to set up preferential policies for the brand as it plans to set up its first Shanghai outlet later this year.