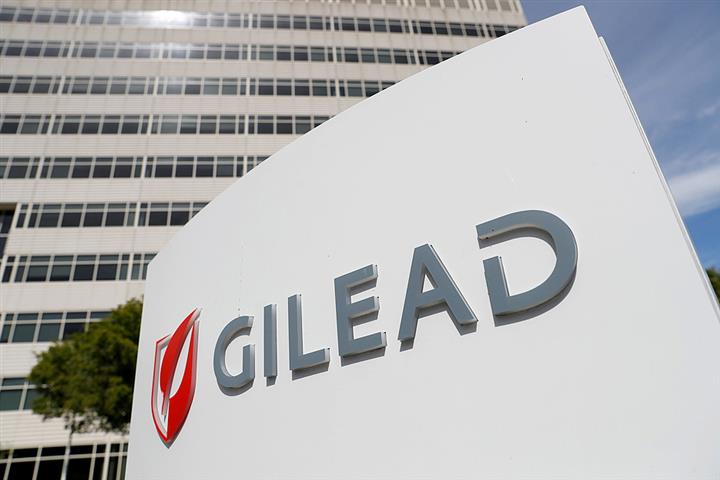 (Yicai Global) April 16 -- US drug giant Gilead Sciences's second clinical trial of remdesivir, an antiviral drug that could treat Covid-19, has been paused in China after two months since kick-off due to lack of participants.

The status of the study on adults with mild and moderate symptoms has been changed to 'suspended,' according to US database site Clinical Trials. "The epidemic of Covid-19 has been controlled well at present, no eligible patients can be recruited," the recruitment status section explains.

China's other remdesivir program launched in early February came to a halt recently. The California-headquartered firm's Chief Executive Daniel O'Day said in an open letter on April 10 that the company's trial on patients with severe symptoms in China has stopped due to "stalled enrollment." Chinese investigators are expected to publish data of that trial on April 27.

Cao Bin, vice president of Beijing's China-Japan Friendship Hospital and the executive in charge of remdesivir's clinical trials in China, did not instantly respond to Yicai Global's inquiries about the reasons behind the ceased programs.

The most positive answer for patients would be that they already got well. Many research institutions have launched clinical trials of experimental drugs in China to treat Covid-19 patients, which has resulted in a shortage of program participants, according to Chinese news reports.

"The research team is now analyzing and studying the remdesivir-related statistics from the group of patients with severe symptoms," Cao said in a video seminar on April 12. He defended the method of randomized assignment of placebo to some patients to make sure the outcomes are objective.

Another five trials involving the antiviral drug have been started around the world since February, O'Day added in his letter. One of them is carried out by the US National Institute of Allergy and Infectious Disease with about 800 patients.