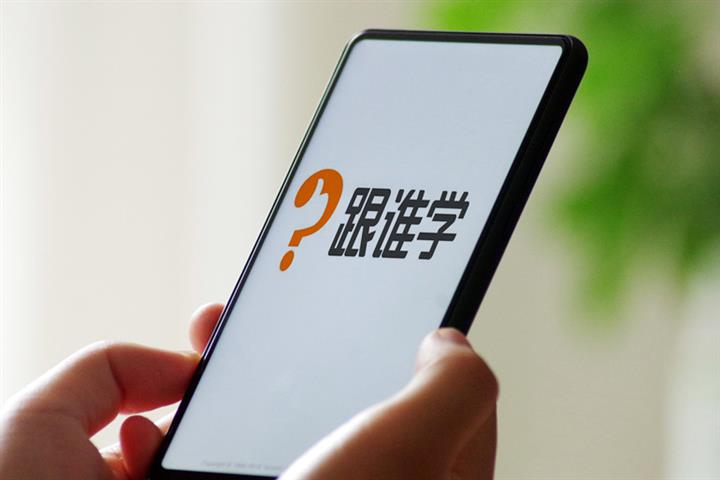 (Yicai Global) May 19 -- Shares in Chinese online education firm GSX Techedu have slid more than 7 percent even after its chief financial officer condemned another short-selling report, the fourth since February targeting the firm, in which Muddy Waters Research said over 70 percent of the company’s users were bots.

Its stock [NYSE:GSX] closed down 7.44 percent at USD32.84 yesterday in New York after hitting an intraday decline of 16.14 percent.

CFO Shen Nan denied the claims in a post on social app WeChat. Muddy Waters said in a report yesterday that 73.2 percent of the 54,063 GSX Techedu users it analyzed were robots and that at least 70 percent, possibly 80 percent, of its income is fabricated. The company reported CNY1.3 billion (USD183 million) in net income for the first quarter of this year, nearly quintupling annually. It logged CNY191 million (USD27 million) in net profit, not using generally accepted accounting principles.

The report is the fourth denouncing GSX since February this year. Grizzly Research has accused the firm of exaggerating profitability in public statements; Citron Research said in three consecutive reports last month that it falsified 70 percent of revenue and 40 percent of users; and Scorpio VC claimed earlier this month that GSX’s financial and operating data were fraudulent.

Muddy Waters’ report says half of GSX’s unique users suspiciously join two classes simultaneously. It also claims some users share internet protocol, or IP, addresses with teachers or other students even though the company does not run any physical schools or training centers; that often large groups of users will join classes within a second of each other; and that some users join classes 30 minutes before they start.

GSX has responded by saying its live-streaming system splits large classes with one lecturer into smaller groups with multiple tutors and that these tutors spend 30 minutes engaging with students prior to scheduled class start times, when the lecturer will take over.

GSX Chief Executive Chen Xiangdong has pledged USD318 million of his shares to Credit Suisse, which said in its earnings report last month that it had earmarked CHF97 million (USD100 million) for Asian loan losses, widely believed to be a result of the Luckin Coffee accounting scandal. If the margin lender dumps the stock, shares in GSX could tumble even further.

Chen pledged his shares after March 31, Shen said in his WeChat post.