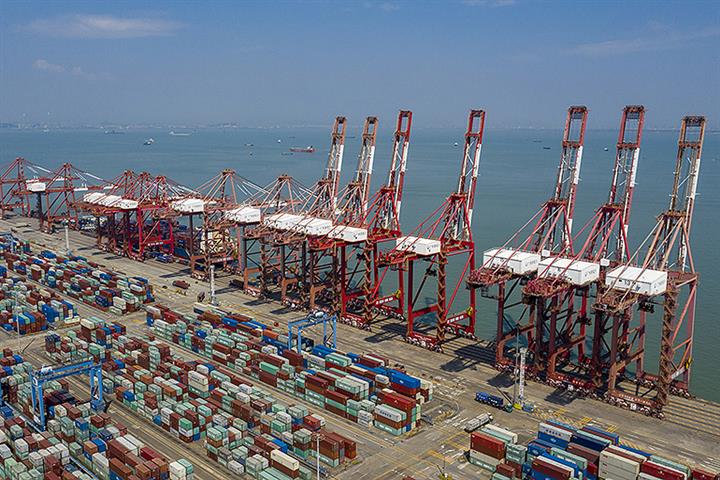 (Yicai Global) June 24 -- Imports into China’s provincial trading powerhouse of Guangdong sank for the fourth consecutive month in May after some product assembly orders were redirected to Southeast Asia because of disruption at Chinese factories in the first half of the year due to Covid-19, a trade expert said.

In the five months ended May 31, Guangdong's foreign trade edged up just 1.9 percent from a year ago, compared with 8.3 percent for the whole of China.

The province’s decline in imports was mainly caused by a drop in the volume of imported intermediate goods, as processing orders were redirected out of the country, according to Zhang Zhiming, associate professor at the School of Economics and Trade of Guangdong University of Foreign Studies. Weak consumer demand in China also led to a slump in imports of consumer goods, he added.

Covid-19 outbreaks in the first half of 2022 disrupted the supply chain, Zhang said, noting that companies were unable to deliver orders on schedule, so orders shifted to Southeast Asian countries such as Thailand and Vietnam, which have overtaken Guangdong in terms of demographic dividend and cost advantages. Even some Guangdong-based product assemblers are moving to SE Asia.

Still, as the Covid-19 situation has improved, the economic impact will likely weaken in the second half, and orders will return, with Guangdong expected to reclaim a part, Zhang noted.

Compared with SE Asia, Guangdong has an advantage in the manufacturing and processing of high-quality products, so there is still potential for the processing trade to expand, Zhang said, adding that industrial optimization and upgrading is still needed to unlock its full potential.