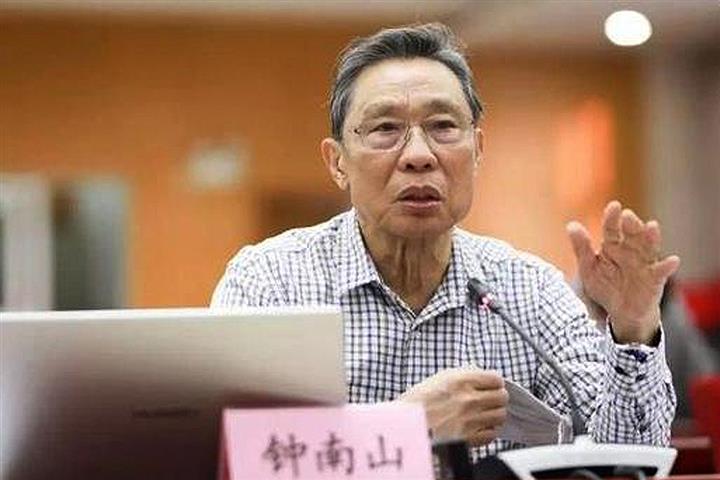 Half Dose of Chloroquine Is Effective Against Covid-19, Zhong Nanshan’s Team Says

(Yicai Global) May 29 -- The latest findings by a research team led by Chinese respiratory specialist Zhong Nanshan show that even half a dose of the controversial antimalarial drug chloroquine is effective in treating Covid-19. Chloroquine could be a viable option to combat the pandemic under proper management, the team said.

The team’s findings were published in the Chinese academic journal National Science Review yesterday. The team conducted clinical studies in Guangdong province and the city of Wuhan from Feb. 7 to March 8 and sampled 233 Covid-19 patients, excluding critical cases, for a controlled trial of half-dose, full-dose, and non-chloroquine treatments.

Chloroquine has the potential to shorten the time for SARS-CoV-2 viral suppression and the duration of fever in patients with moderate symptoms at an earlier stage of the disease. Even when the dose is halved, the benefit of chloroquine still remained, the tests showed.

Until now the mechanism of chloroquine’s effect against SARS-CoV-2 remained unelucidated, the report added. Future studies are needed to determine the optimal dose for treating Covid-19 and its cumulative effect on tissues and organs.

Chloroquine has drawn widespread attention because it was strongly recommended by US President Donald Trump and the US Food and Drug Administration. More than 20 clinical trials worldwide are evaluating the effectiveness and safety of chloroquine or hydroxychloroquine in treating Covid-19, according to Zhong’s team.

Several European countries, including France, Belgium and Italy, recently announced the suspension of hydroxychloroquine treatment for Covid-19 over safety concerns.