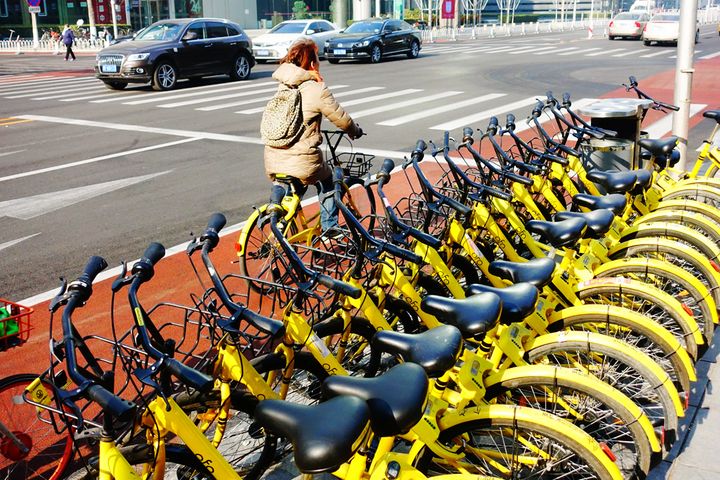 (Yicai Global) March 26 -- Authorities in Hangzhou, capital of China's eastern Zhejiang province, aim to reduce the number of shared-bicycles in circulation from 770,000 to around 500,000 this year in an effort to take back the city's sidewalks following an onslaught of continuous deliveries over the past year.

Several Chinese bike-sharing platforms have recently run afoul of regulators across the country, with Didi Chuxing Technology Co's Qingju Bike services suspended on its second day of operation on March 17 in the southern city of Shenzhen due to bike placement violations. Authorities in Wuhan, capital of central Hubei province, also confiscated hundreds of Qingju Bikes on March 22 due to similar violations.

China's bike-sharing industry is facing an awkward position at present, with municipal authorities across the country bringing in restrictions on where operators can place bicycles.

The city of Xiamen in southern China's Fujian province brought in plans on January 17 to cut the total number of shared-bikes in the city from over 400,000 to 150,000.

The local government of Guangzhou, capital of southern China's Guangdong province, has also held disciplinary reviews with Mobike and Ofo, requiring them to strictly comply with the ban on new bike placements. Didi and Hello Bike had also drawn up plans to enter the Guangzhou market, but were told that new shared bicycles would not be welcome in the near future.

As the largest players in the sector, Mobike and Ofo have first-mover advantage as the bans are put into place. Ofo has some 10 million bicycles in service worldwide, while Mobike has more than nine million.