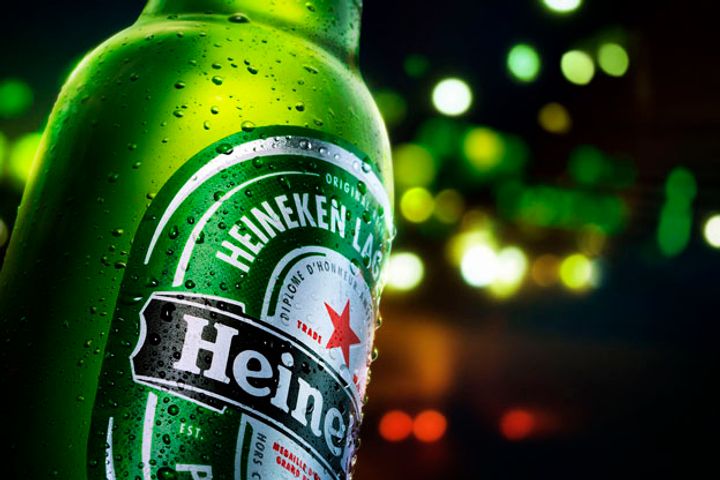 (Yicai Global) Aug. 3 -- China Resources Holdings Beer has struck a USD3.1 billion partnership deal with Heineken under which the world's second-biggest brewer will take a 40 percent stake in the local beverage maker.

CR Beer, which operates China's largest brewing company Snow, will gain an exclusive license to use the Heineken brand in Chinese markets through the deal, the Beijing-based firm said in a statement. CR Beer will also leverage Heineken's global distribution network to boost the international presence of brands including leading Chinese beer Snow, which is coincidentally the world's best selling beer brand by market volume, edging out Tsingdao and Bud Light.

"We believe we can win together in this new era of the Chinese beer market, in which the premium segment will become increasingly important," CR Beer Chairman Chen Lang said. "In Heineken, we have found the perfect partner to achieve our ambitions in China and - as an international partner - to support us in growing our business outside China."

The deal gives Heineken a stronger platform to expand its network in China, where it sells Heineken, Tiger and Sol-brand beer as well as products from smaller local players. The agreement is part of increased efforts among the world's biggest brewing companies such as AB InBev and Carlsberg to defend their market shares in emerging markets as competition intensifies.

The two sides will also look to negotiate on granting CR Beer permission to use other premium Heineken brands.

In addition to the sale of the 40 percent stake in CR Beer to Heineken, the Chinese firm will also pay EUR464 million (USD538 million) to purchase some 5.2 million treasury stocks from Heineken, equivalent to a 0.9 percent stake.

The two sides are yet to reach a consensus on the provisions and conditions of the final agreement, the statement added.