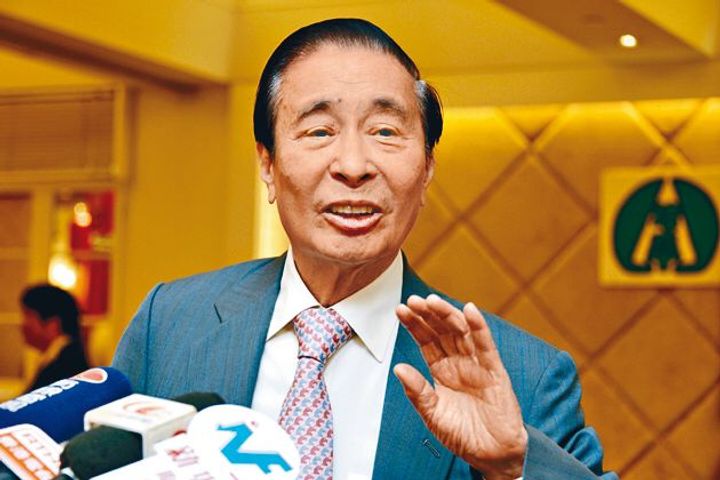 The 91-year-old founder of Henderson Land Development, one of the special administrative region's big four property giants, is stepping down as chairman and general manager, the firm said in a statement yesterday. He will stay on as executive director, while his sons Peter Lee Ka Kit and Martin Lee Ka Shing will take over as co-chairmen.

With a net worth of USD30 billion, Lee ranked behind Cheung Kong Holdings founder Li Ka Shing in this year's Forbes Hong Kong Rich List. Li, who aged 89 announced in March last year that he was handing the reins of his corporate empire to a younger generation, is worth USD31.7 billion, according to the list released in February.

Born in Shunde, Guangdong province in 1928, Lee came to Hong Kong to start his own business when he was 20. He and his friends Feng Jiangxi and Guo Desheng co-founded the forerunner of major Hong Kong realty firm Sun Hung Kai Properties 10 years later. Lee left Sun Hung Kai and set up Henderson Land in 1976 before taking it public in 1981.

Many years have passed since Lee left Sun Hung Kai, but he remains the firm's non-executive director and vice chairman. He held a 2.14 percent stake as of the end of last year.