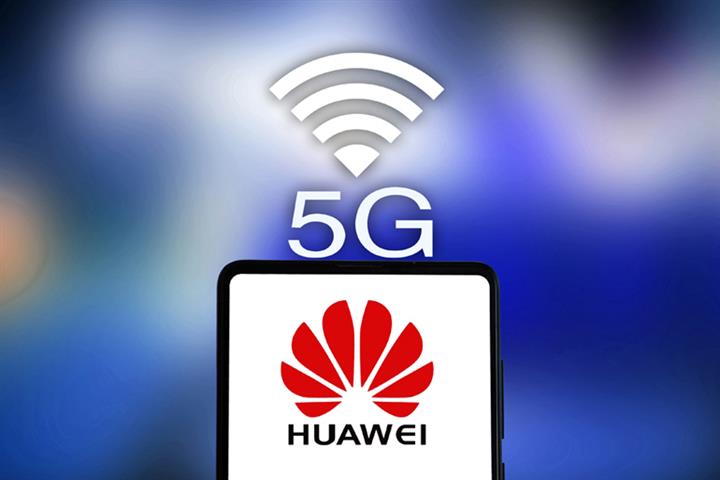 (Yicai Global) July 15 -- The UK’s ban on Huawei Technologies’ equipment from its fifth-generation wireless networks will hold up the country’s 5G development, and the company urges it to reconsider, spokesman Ed Brewster told Yicai Global yesterday.

“This disappointing decision is bad news for anyone in the UK with a mobile phone," Brewster said. “It threatens to move Britain into the digital slow lane, push up bills and deepen the digital divide.”

The British government will prohibit purchase of new Huawei 5G gear after Dec. 31 and all the company’s equipment will be removed from networks by the end of 2027, Oliver Dowden, the UK’s culture minister whose remit includes digital, announced yesterday.

The government had decided in January to allow Huawei to take a limited role in 5G deployment,restricting the amount of ‘non-core’ kit it can install to 35 percent of the total network.Yesterday’s reversal of that decision followed a review launched after the US extended sanctions on the Shenzhen-based company in May, impacting its global supply chains.

“We remain confident that the new US restrictions would not have affected the resilience or security of the products we supply to the UK,” Brewster said.

An outright embargo will undoubtedly damage China-UK economic and trade relations and come at great cost, an industry insider said. The UK economy will suffer losses of up to GBP7 billion (USD8.8 billion) if Huawei is completely left out in the cold, according to a report by Mobile UK, the trade association for the UK’s mobile network operators.

China’s ambassador to the UK, Liu Xiaoming, took to Twitter in response to the ban: “Disappointing and wrong decision by the UK on #Huawei.It has become questionable whether the UK can provide an open, fair and non-discriminatory business environment for companies from other countries.”

Huawei first landed in the UK market 20 years ago. It set up headquarters in Reading, a town just to the west of London, in 2001 and has about 1,600 employees in the country. It has also established research bases in Bristol, Cambridge and Ipswich, and carried out research and development with leading universities, including Oxford, Cambridge and London’s Imperial College.

Huawei ranked first in the global 5G communication equipment market in the first quarter with a 35.7 percent market share, followed by Ericsson, Nokia, and Samsung Electronics, with 24.6 percent, 15.8 percent and 13.2 percent, respectively, according to the latest data released by telecom market analytics firm Dell'Oro Group.

Huawei had revenue of CNY454 billion (USD64.8 billion) in the first half of this year as revenue growth slowed to 13.1 percent, posting CNY454 billion (USD64.8 billion), the privately owned company said in a statement on July 13. That was despite the impact of sanctions and the coronavirus pandemic. Its net profit margin rose to 9.2 percent in the period from 8.7 percent a year earlier.

The company has yet to announce its latest figures of 5G commercial contracts.