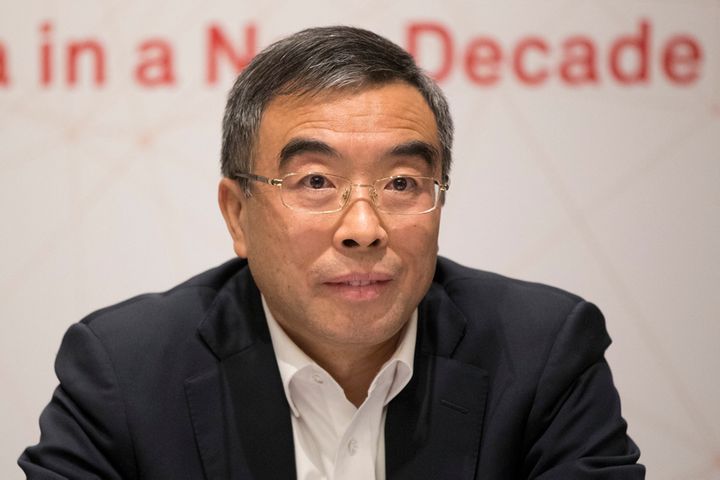 (Yicai Global) May 16 -- Huawei Technologies, which the US government has just put on a trade blacklist, is willing to sign no-espionage agreements with the United Kingdom and all other countries, its chairman has said.

The Chinese telecoms equipment giant would make sure its gear met no-spy and no-back door standards, Chairman Liang Hua said in London on May 14, according to the transcript of an interview with him released through the company's staff forum today.

Huawei has worked effectively with the UK's National Cyber Security Centre for many years, Liang said, adding that the Shenzhen-based company is arguably the most scrutinized business in the UK in terms of cyber security.

The US has been pressuring European countries to block Huawei's participation in building their fifth-generation wireless networks because of security concerns. The UK is in the midst of deliberating on the company's potential role in building the country's new 5G networks. Based on a leak, the media widely reported last month that the UK's National Security Council had decided in principle to permit Huawei to supply non-core equipment.

The company's products go through 'white box' testing -- or checks on their internal structure -- before entering the UK, and all British carriers strictly test Huawei's products, equipment, and network solutions before buying them.

Meanwhile, US President Donald Trump signed an executive order this morning asking the US Department of Commerce to draw up an implementation plan within 150 days in response to a state of emergency, banning US companies from using telecoms equipment produced by companies that pose a danger to national security. The order effectively bans Huawei Technologies from working with US carriers.

After Trump signed the order, the department added Huawei and 70 affiliates to a list of firms that need to apply for a special permit to buy technologies from American companies.

"If the US restricts Huawei, it will not make the US safer, nor will it make the US stronger," the company said in a separate statement today. It would instead harm the interests of American companies and consumers and leave the country trailing behind in the deployment of fifth-generation wireless technology, Huawei said.