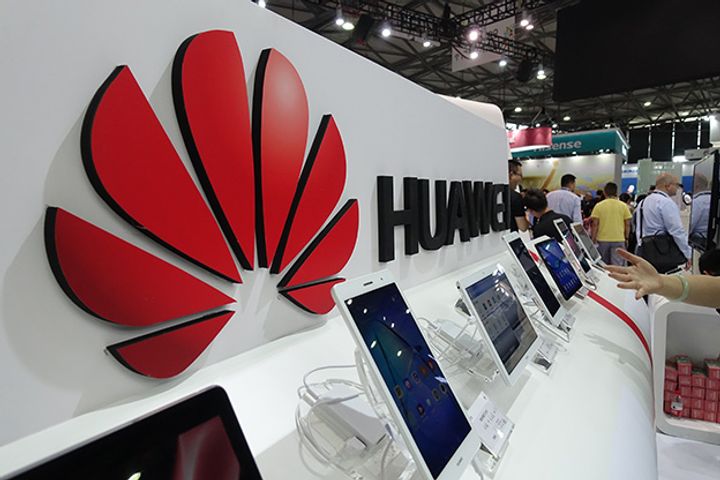 The Shenzhen-based company had a 16 percent global market share in the second quarter after its shipments jumped 41 percent to 54.2 million units, from a year earlier, according to data from independent research firm International Data Corp. Apple had 12 percent, while South Korea's Samsung kept the top spot on 21 percent, despite a 10 percent decline in shipments.

"The continued growth of Huawei is impressive, to say the least, as is its ability to move into markets where, until recently, the brand was largely unknown," said Ryan Reith, vice president at IDC's Worldwide Mobile Device Trackers.

Privately held Huawei has long been the biggest player in China, where it is the largest tech company by revenue. Its ability to pull ahead of California-based Apple, known throughout the world as the maker of iPhones and iPads, illustrates the advance of Chinese brands. Earlier this year, the company denied speculation that it may seek an initial public offering.

As of July 18, Huawei had sold 100 million smartphones so far this year, it said in a first-half earnings report published yesterday, putting the firm halfway toward meeting a full-year target of 200 million units.

Revenue jumped 15 percent to CNY325.7 billion (USD47.8 billion) in the first six months of this year, showing a similar growth rate to 2017, as the firm continued to improve operational efficiency and quality. The margin on operating profit widened 3 percentage points from a year earlier to 14 percent.

In China, the firm continued to lead with a record-high market share of 27 percent in the second quarter. Huawei's P20 and P20 Pro series found strong demand in the USD600 to USD800 price segment, helping the brand build a high market profile. With the release of the GPU Turbo technology, which boosts gaming graphics while lowering battery consumption, Huawei has continued to earn a good reputation, IDC said.

In March, Huawei denied speculation that it may seek an IPO in the Chinese mainland as the country seeks to lure big Chinese tech firms into listing. Founder and President Ren Zhengfei has repeatedly said the company has no plans to go public.