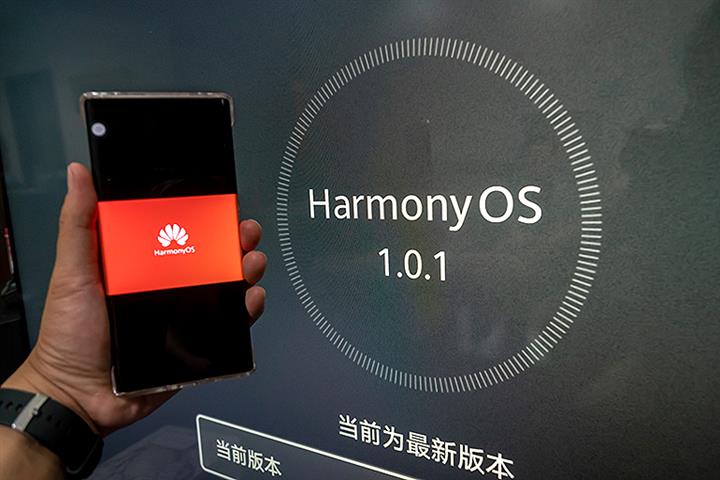 Huawei’s Self-Developed OS Could Be Available in Smartphones as Soon as Next Month, Insider Says

(Yicai Global) March 26 -- Huawei Technologies’ home-grown operating system could become available on new phones as soon as next month and no later than the first half of this year, an insider at the Chinese telecoms giant told Yicai Global.

Huawei hopes to have more than 100 million of its phones using HarmonyOS this year and another 100 million by other cellphone brands, Yang Haisong, vice president of the company’s consumer business software department, said at an event yesterday.

The development is largely seen by industry insiders as the ‘salvation’ of the Shenzhen-based company’s handset business which has been greatly dented by recent US sanctions that prevent key apps, such as Google’s Play Store, Google Maps and Youtube, being accessible on its phones.

HarmonyOS-powered phones will provide a similar user experience to Android devices and can connect with smart household appliances, it said earlier.

The current HarmonyOS Beta 3 version that is being used for testing purposes will be upgraded on March 31, said Duan Mengran, vice president of Huawei’s consumer business artificial intelligence and smart full-scenario business department.

The beta version already has more than 300 third-party partners, there are more than 150,000 users of the Android Studio plugin DevEco Studio and over five million views of HarmonyOS documentation, Duan said.

Huawei has invested hundreds of millions of Chinese yuan in the past year and a half to develop its own OS and devices in order to operate independently of US technology after the US government placed Huawei on its so-called Entity List in May 2019 over national security concerns, barring US companies from buying its products and from selling it their hardware and software.