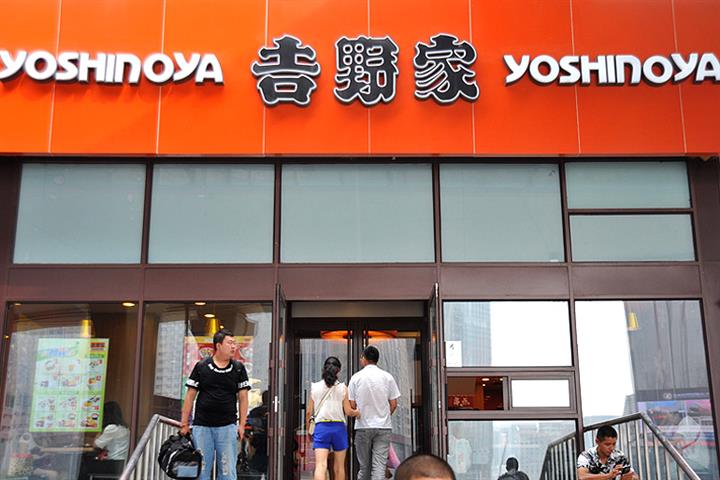 (Yicai Global) July 31 -- Japanese fast-food chain Yoshinoya Holdings will close 150 restaurants around the world, and most of them on the home turf, amid widening losses.

The chain known for its rice bowls will close 100 stores in Japan, Beijing Daily reported today, citing the Tokyo-based firm. The shutdowns will also involve the Chinese market.

About a third of Yoshinoya's outlets are outside Japan. China is its largest foreign market with a franchise model managed by the Japanese parent and Hong Kong-based Hop Hing Group Holdings. Hop Hing said yesterday that it expects to have suffered a net loss of up to CNY70 million (USD10 million) in the first half after reporting CNY57 million in net profit a year ago.

The Japanese parent predicts that its net loss to mount to at least JPY9 billion (USD86.3 million) this year, after making JPY700 million (USD6.7 million) in net profit a year earlier. In the two months ended in May, the company made a loss of JPY4 billion.