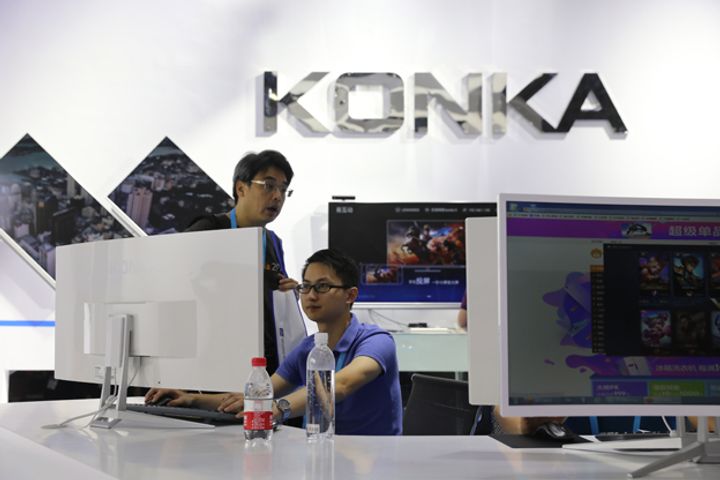 (Yicai Global) Dec. 18 -- Major Chinese appliance maker Konka Group Co. [SHE:000016] will invest up to CNY545 million (USD82 million) to relocate its smart terminal business to Yibin in China's southwestern Sichuan province as it looks to cut back on operating costs to improve its bottom line.

The Guangdong-based firm, located in one of China's most developed areas, plans to build a high-tech industrial park in Yibin Lingang Economic and Technological Development Zone and shift its related businesses there, including its smartphone unit, the company said in a statement on Dec. 15.

Konka will raise the funds to build the park itself, and apply for subsidies from the local government, it added. However, the statement didn't disclose the value of subsidies it would apply for.

The firm will look to complete construction of the industrial park within 30 months of acquiring the land and put it straight into operation, the statement said.

The development zone which Konka plans to move to has signed several contracts with smart device makers to form an industrial cluster in the area, making it an ideal location for development in the sector, the appliance maker said.