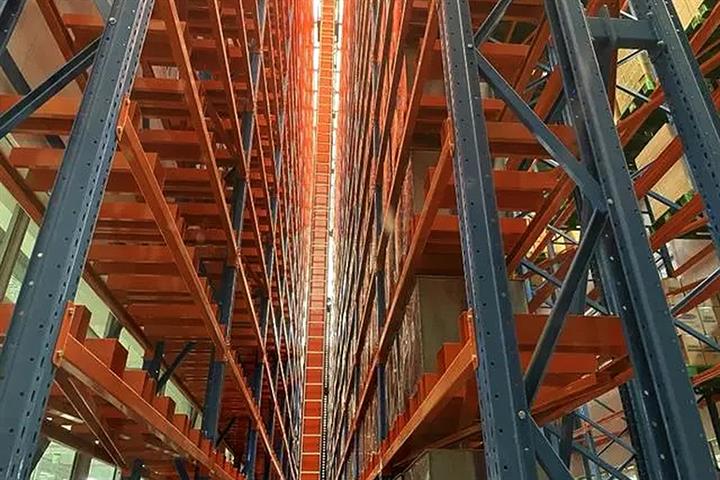 (Yicai Global) Nov. 24 -- China's factory automation is quickly increasing because of rising labor costs and Covid-19 outbreaks, as the example of one manufacturing city in eastern China shows.

Exporters in Zhejiang province's Taizhou are increasingly deploying robots in production as salaries are rising and the mobility of labor is limited by Covid-19 restrictions, Yicai Global learned when visiting the city early this month.

China has the world's largest and quickest-growing base of industrial robots. Last year, the country deployed 268,000 new bots in the production of various types of products including textiles and new energy vehicles, according to statistics from the International Federation of Robotics.

At 88,000 units, most of the bots were destined for factories in China's electronic and electrical equipment industry in 2021. But the automotive industry was the fastest-growing one as some 62,000 new machines were installed, almost doubling from 2020.

The government is encouraging the advance of robots. The manufacturing industry will be pushed toward digital transformation, network coordination, and smart changes, the Ministry of Industry and Information Technology and seven other government agencies said in an online file in December 2021.

The Covid-19 pandemic has accelerated the manufacturing industry's need of automation at home and abroad, said Tang Wenbin, chief technology officer and co-founder of artificial intelligence firm Megvii. Meanwhile, people's will to commit to relatively laborious jobs in plants and warehouses has broadly declined in recent years, he added.

Cost-cutting is relevant as sales are down. The pandemic has severely hit our revenues, Lin Guanjun, founder of a Taizhou-based toy firm Shiwanxin, told Yicai Global. In-person exchanges with clients in the United States and Europe have been curbed, Lin added.

Shiwanxin used to have from 10 to 20 customers a year, Lin said. But in the past three years, the firm welcomed only one customer. Still, that client is the biggest one as it contributes nearly 60 percent of the firm's annual revenue.

The pandemic is also affecting other aspects of running a business. It has become increasingly difficult to hire workers, Lin said. Since 2020, Shiwanxin has attempted to recruit workers in Anhui province's Fuyang and other places but the efforts flopped, he added.

But the demand has also declined. In the past decade, Shiwanxin has reduced the number of workers in its plant to just over 100 from more than 500 amid an increase in automation.

A large sewing machine maker in Taizhou said that next-generation products are developed by robots, not humans, as the firm is upgrading its whole production system. The firm agreed that it is getting harder to find workers even though the company has been improving its recruitment and employee conditions.