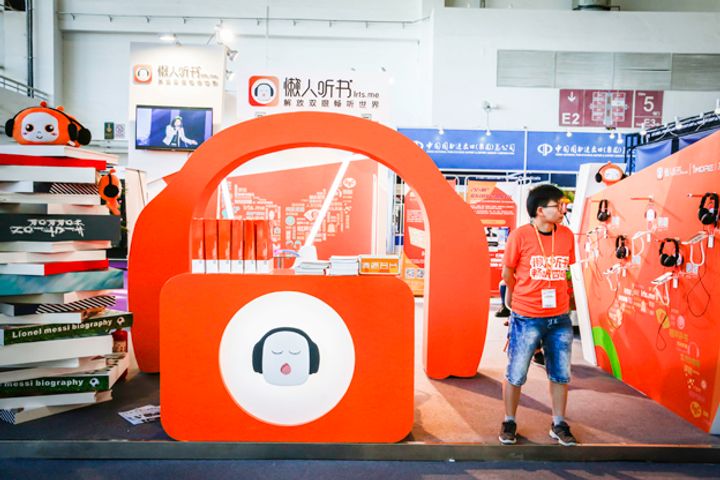 Time Publishing and Media, Qianhai Tianhe and Tianjin Fuhui Growth led the C round into the Tencent-backed platform, online news outlet Lieyun reported. Lanren Tingshu began as a simple service for listening to audiobooks in 2012, but now offers a full range of services including community exchanges and training for live-streaming video presenters.

The platform, which as 320 million registered users and 40 million monthly active users, began turning a profit in 2016 when it launched a payment model and generated more than CNY100 million in revenue. Around 3 percent of its users are paid members, but it expects this number to grow given that a fifth of registered users pay to use China's video streaming sites.

Though not quite garnering as many paid users as the video sector, prospects seem bright for audiobooks. Li Guoqing, chief executive of Amazon China competitor E-Commerce China Dangdang, believes the sector could be worth CNY300 million (USD46 million) this year, with audiobook sales poaching 10 percent to 20 percent of hard copy book sales within the next three year.

Lanren Tingshu has already built content creation bases in Beijing and Shenzhen to scout and train video presenters. It has also drafted policies to share profits with content producers, to ensure they get the money they deserve and produce work of the highest possible standards.