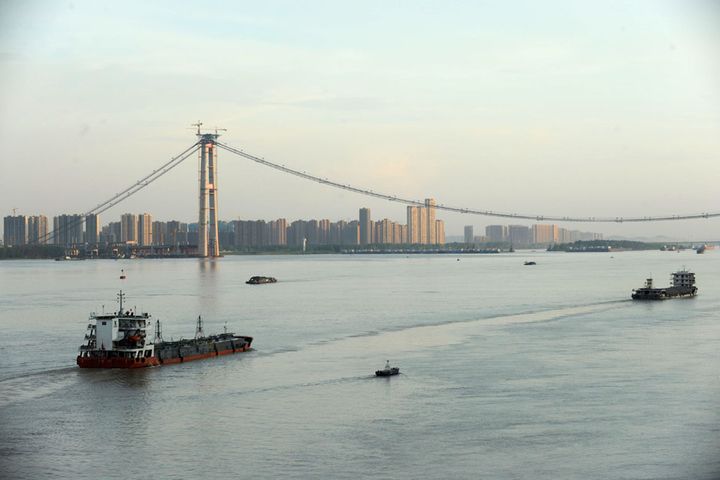 It plans to submit the proposed law to the Standing Committee of the National People's Congress, China's highest legislature, for review before the end of this year, Yicai Global has learned from the country's Ministry of Ecology and Environment.

The Yangtze River Protection Law will rationally allocate and develop water resources, prevent water pollution, raise water quality, avert risks and ensure the safety of drinking water from the perspective of ecological and environmental protection. The MEE has submitted corresponding provisions to the legislature already, and many of these have been adopted, said Bie Tao, director general of Department of Policies and Laws within the ministry.

The longest river in Asia and the world's third-longest, the Yangtze rises in the northern Tibetan Plateau and flows 6,300 kilometers through 11 Chinese provinces and cities, including Sichuan, Jiangsu and Zhejiang, before its confluence with the East China Sea at Shanghai. The Three Gorges Dam on its middle stretch in Sichuan province is the world's largest hydropower plant. The economic belt the river spans encompasses 40 percent of the country's population and economic aggregate and it is thus one of China's waterways with the most severe environmental problems.

The Yangtze River Economic Belt accounts for 21 percent of China's total area, while its wastewater discharge makes up more than 40 percent of the country's total, years of monitoring data show. The region's emission intensity of ammonia nitrogen, sulfur dioxide, nitrogen oxides and volatile organic matter per unit area is one and a half times to twice the national average.

China has many laws on the books covering water management, but still lacks one that fully reflects the status quo and protection needs of the Yangtze River, Wang Jinnan, director of the Environmental Planning Institute of the MEE, told Yicai Global. The Yangtze River Protection Law should not only coordinate between different watersheds, but also consider long-term governance objectives to ensure its long-term applicability, Wang added.

In addition to legislation, the China Council for International Cooperation on Environment and Development, a high-level policy research institution, also proposed at its annual meeting held last month to set up the Yangtze River Ecological Fund to solve the financing difficulties besetting the pollution control industry in the Yangtze River Economic Belt through cooperation between government finance and non-governmental capital.