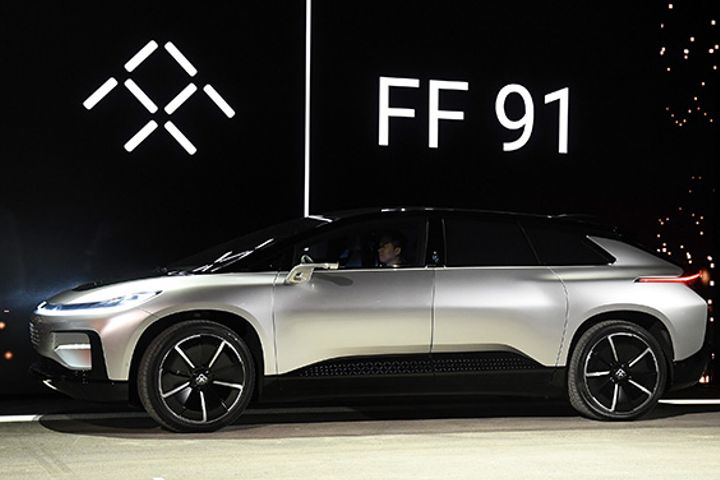 (Yicai Global) Oct. 30 -- LeEco founder Jia Yueting and Faraday Future China, an automotive company he invested in, denied reports that he intended to file for Faraday Future's (FF) bankruptcy with the US federal bankruptcy court.

Jia plans to apply for FF's bankruptcy with the American federal bankruptcy court and sell the company to other investors through the bankruptcy reorganization, and then he will withdraw, TMTpost reported, citing a financing document that investors released and the media outed. FF is like a shadow company, and Jia is trying to find a way to sell it indirectly, the report said.

"At present, some industry media has asked third party lawyers for verification, and there is no proof of bankruptcy applications," said an insider from Leshi Holding Beijing Co., the company controlled by LeEco founder Jia Yueting. "At the same time, it proved that the financing document referred to by this report is completely fabricated."

Jia forwarded the FF statement on Weibo, and wrote, "Some people will get addicted to rumors because they look good."

TMTpost responded that it received a tip for this story in August and held it while it sent someone to Hong Kong to verify the relevant document, confirm its authenticity and gather evidence. The media group said it also contacted several other private equity investors in Hong Kong to check that they received the financing document.

TMTpost said it operates morally and has no contact with any FF competitors. It said it did not make up information to stop Jia, who said he was unable to make headway when he sought backing in Hong Kong in July (before TMTpost reported on his plan).

FF did not apply for bankruptcy, and TMTpost's article did not claim that the group did, TMTpost said. Parties plotted the scheme in July, hoping that investors would take the offer so that FF could be bailed out through Chapter 11 of the US Bankruptcy Code and they could introduce new backers to becomes the firm's actual controller, but Hong Kong investors did not take the bait, TMTpost said.