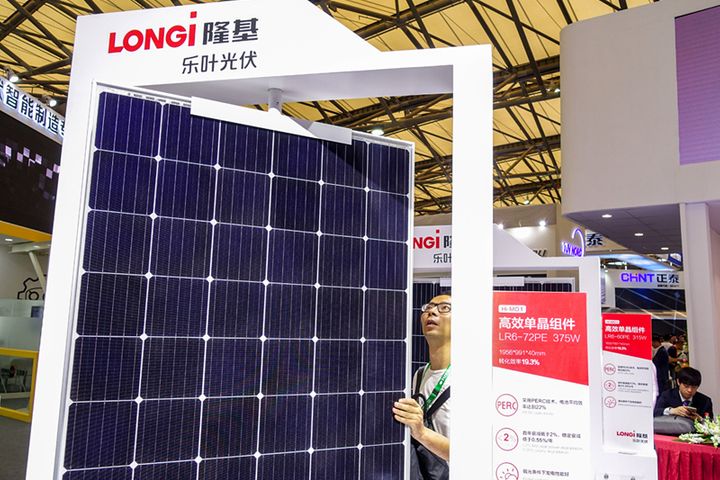 (Yicai Global) Feb. 13 -- Longi Green Energy Technology, which makes nearly half of China's monocrystalline silicon wafers, has signed a deal to build a CNY4.5 billion (USD645 million) solar cell assembly line in Xi'an as it moves into the downstream sector.

The agreement is with a civil aeronautical industry park run by the local government, the firm said in its statement. The facility's annual capacity will be 10 gigawatts of monocrystalline silicon solar cells.

Long is in the midst of expanding its silicon wafer production capacity in China, and plans to add additional capacity in Ningxia Hui Autonomous Region in the northwest and Yunnan province in the southwest, taking its annual total to 80 gigawatts by the end of this year.