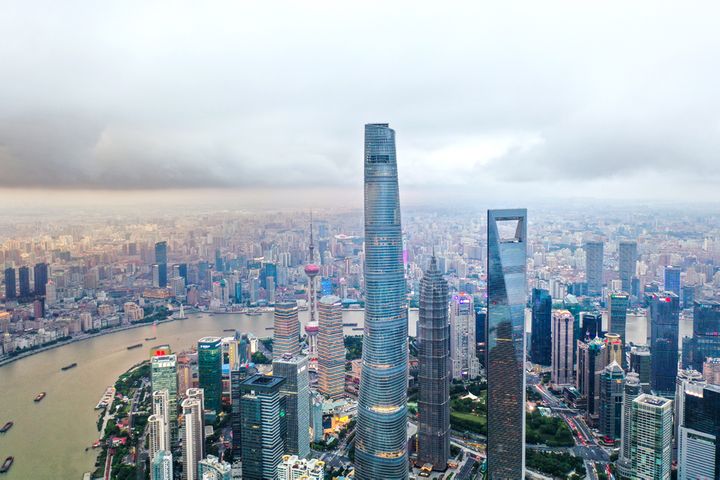 (Yicai Global) July 31 -- Nearly 26 office buildings in Shanghai's financial hub Lujiazui are near maximum occupancy despite an overall slowdown in economic growth, according to the city's building development office.

Shanghai International Finance Center was one of the most popular office buildings in Lujiazui and Shanghai and was the first in the city to pay CNY5 billion (USD726 million) in taxes when it did so last year, the Shanghai Observer cited a director at the Lujiazui Financial City Office Building Development Service Office as saying following its latest occupancy survey.

The survey covered 88 buildings in the area and found that 55 -- including the Shanghai IFC, Jin Mao Tower and Oriental Financial Plaza -- had an occupancy rate greater than 90 percent.

"Our occupancy fell heavily last year but has rebounded this year and is at around 93 percent," General Manager Lu Min of Jin Mao Tower told the Shanghai Observer.

A client renting 10,000 square meters of space moved out last year after constructing its own office space, but the 10 percentage point decline in occupancy was quickly replenished by other major clients who filled the space, he added.

Some 97 of the 250 buildings in the area each paid over CNY100 million (USD14.5 million) in taxes last year, the development office director said, adding that more than 100 will do so last year and that 24 will pay over CNY1 billion this year.

A Savills report shows Lujiazui's vacancy rate was just 9.4 percent in the second quarter, the report added, though saying Jones Lang LaSalle and CB Richard Ellis gave a figure above 10 percent as they used different samples.

Some 60 percent of tenants in the area, which charges higher rents than anywhere else in Shanghai, were financial firms, according to Savills.