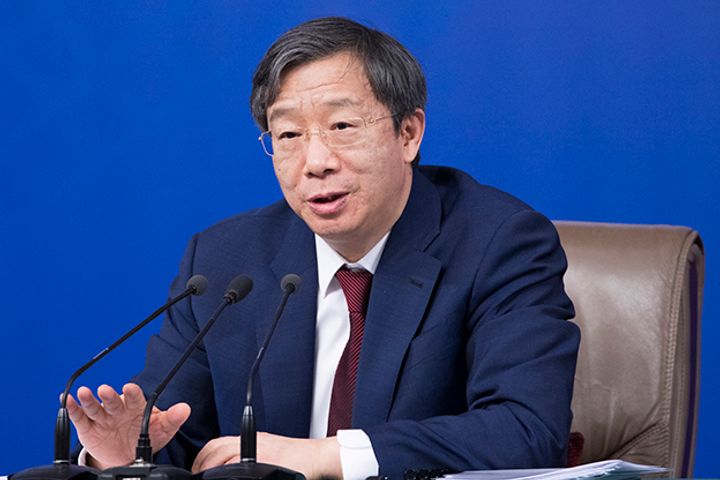 (Yicai Global) Aug. 6 -- Fluctuations in the yuan exchange rate are driven and determined by market forces, China's central bank governor said after the currency, also known as the renminbi, broke through seven to the US dollar yesterday for the first time in 11 years.

"Both China's economic fundamentals and market supply and demand support the assessment that the current renminbi exchange rate is at an appropriate level," Yi Gang said in a statement posted on the website of the People's Bank of China. "Despite recent volatilities driven by external uncertainties, I am quite confident the renminbi will remain a strong currency."

The redback depreciated yesterday beyond seven to the dollar, a key symbolic level, for the first time since 2008. That prompted US President Donald Trump to label China a currency manipulator. No US administration has done that since 1994.

Yi said China will remain committed to the market-based exchange rate regime, refrain from competitive devaluations, and will not target exchange rates for competitive purposes. Rates will likewise not be used as an instrument for dealing with trade disputes or other external disruptions, he added.

China's central bank is fully equipped and has the experience and the capacity to support the smooth operation of the foreign exchange market and is strongly committed to keeping the yuan basically stable at an equilibrium and adaptive level, Yi said.

China's economy is growing steadily. Its expansion rate is one of the fastest among major economies, reflecting its strong resilience, potential, and leeway for adjustment. The country's balance of payments is broadly in balance, and foreign exchange reserves remain ample, he noted.

An increasing number of firms are hedging their foreign exchange risks in the forex market. Interest rate spreads between China and other major economies are at an appropriate range. These factors are all expected to support the redback and ensure its broad stability, he added.

The central bank and State Administration of Foreign Exchange will maintain the stability and continuity of the country's foreign exchange policy to meet the legitimate and reasonable demands of companies and individuals. Forex policy reform and opening-up will be deepened to further facilitate cross-border trade and investment and better serve the development of the real economy and fit in with the new landscape of opening-up on all fronts, Yi said.