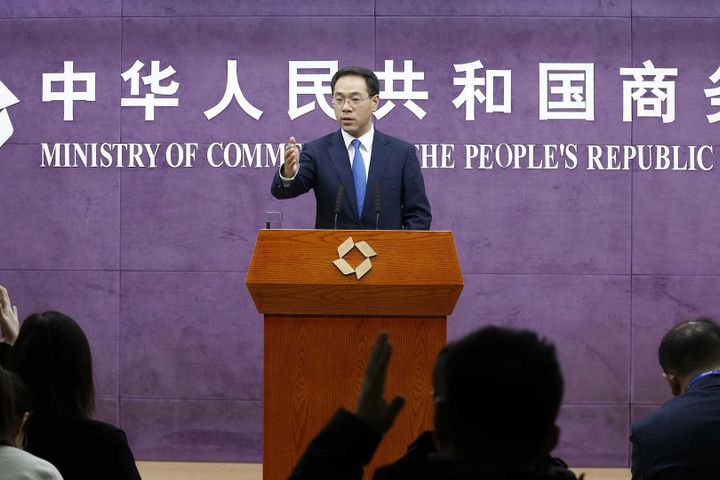 (Yicai Global) March 29 -- China's Commerce Ministry (MOFCOM) said on Thursday that the U.S. delegation will arrive in Beijing for the eighth round of high-level China-U.S. economic and trade consultations later Thursday.

"A working dinner will be held tonight and the talks are expected to last for a full day on Friday," Ministry spokesperson Gao Feng said at a regular press conference.

"Both sides have achieved some progress during previous phone calls," added Gao.

U.S. Trade Representative Robert Lighthizer and Treasury Secretary Steven Mnuchin were invited to visit China for the new round of trade talks.

This round of high-level consultations is scheduled to take place on Thursday and Friday.

Meanwhile, the Ministry calls for the fair treatment of Chinese companies overseas after telecom giants ZTE and Huawei reportedly suffered obstacles in the Japanese market.

"We are aware that the two companies' normal businesses have been damaged. We hope Tokyo will stick to its free trade commitments, treat Chinese enterprises fairly, and ensure the legitimate rights and interests of Chinese enterprises," Gao said.

"We hope Japan provides a fair, transparent, and predictable business environment for all the enterprises in Japan, including Chinese ones," he added.