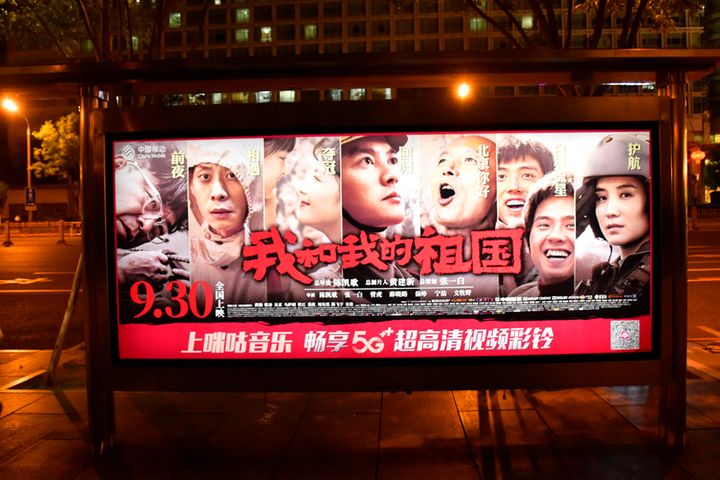 (Yicai Global) Oct. 9 -- My People, My Country, a seven-part film celebrating the 70th anniversary of the People's Republic of China, has earned USD1.55 million during its first week at the North American box office.

The movie, distributed in Australia, New Zealand and North America by CMC Pictures, hit 67 theaters in the US and Canada from Oct. 4 through Oct. 6, Xinhua reported yesterday. Its total takings during that weekend tallied USD876,000, ranking it 11th among all movies screening in North America at the time.

Lots of Chinese viewers went to watch the film, CMC Pictures President Su Jia told Xinhua. Many took their partners, parents and children so second-, third- and fourth-generation immigrants went to see the movie, he added, saying they are "proud to be Chinese and proud of their motherland's development."

My People, My Country premiered on the Chinese mainland on Sept. 30 and in North America on Oct. 1. It consists of seven independent stories detailing the experiences of as many groups of ordinary people during major national events to reflect how China has developed since the founding of the PRC.

As of Oct. 7, the film had collected CNY2.2 billion (USD308 million) at the mainland box office, leading all movies screening in China during the week-long National Day holiday. Overall takings during the vacation topped CNY4.3 billion, more than doubling revenue from the same holiday last year and marking a new all-time high.