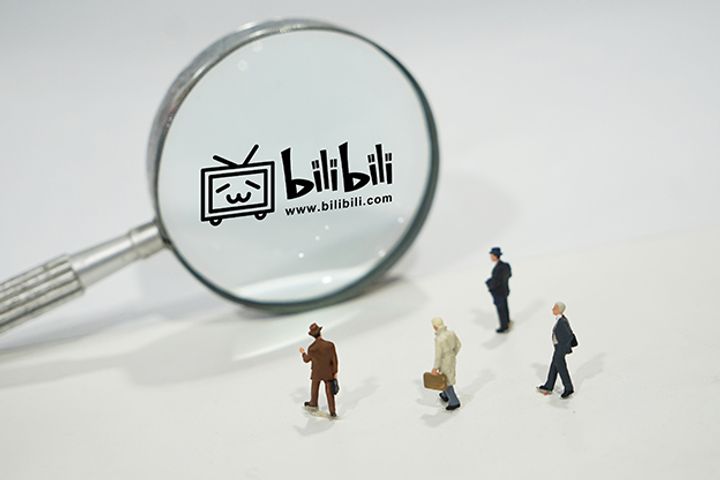 (Yicai Global) Jan. 12 -- China's popular video sharing site Bilibili has now entered its pre-IPO quiet period and will list in the US as soon as the first quarter of this year, the business weekly Caijing reported, quoting multiple sources. However, finding 'cornerstone investors' and non-copyrighted content pose main challenges to going public in the US.

A Chinese firm intends to become a cornerstone investor of Bilibili as 'qualified domestic institutional investor,' known as QFII, the report claimed. The unidentified firm may invest more than half of the funds expected to be raised through IPO.

The so-called cornerstone investment means that one or several investors ink a subscription agreement with the issuer in advance to subscribe for a certain number of shares at the IPO price. Although Bilibili is a leading platform in 'anime, comic and games,' known as ACG, video website and boasts a good reputation, it is not easy for US investors to understand its operation mode and anime culture, the report said. Therefore, introducing cornerstone investors can boost market confidence in Bilibili.

As a video content aggregation platform, video copyright is a question Bilibili is expected to face. The platform has long been criticized for hosting a large number of non-copyrighted content, and this is the biggest challenge and the most difficult issue for its listing in the US, sources added.

According to reports, Bilibili began pre-listing tutoring from 2016. Caijing asked the platform to verify the latest progress of its IPO, but the company refused to make any comment, saying that relevant information has not been disclosed to the public yet.

Bilibili IPO in the US could raise at least USD200 million, Bloomberg reported last October. After listing, the video sharing site's market value is expected to exceed USD1 billion. However, Caijing quoted an insider as saying Bilibili's current valuation is over USD3 billion.