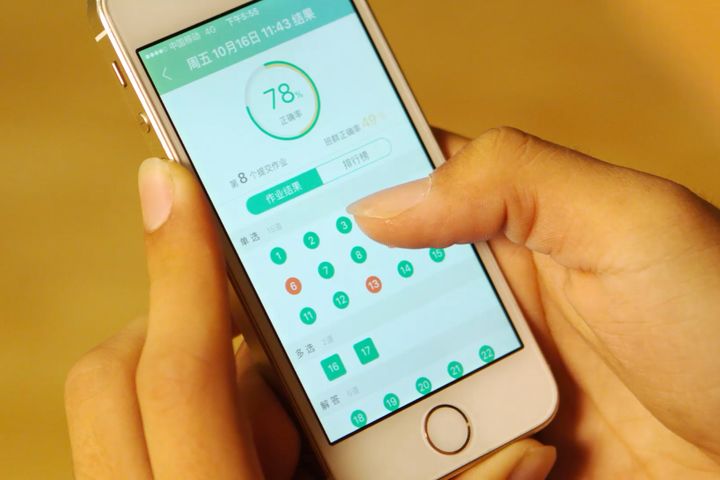 (Yicai Global) Oct. 13 -- Knowbox, an online education app operated by Beijing Zhishi Yinxiang Technology Co., has raised USD30.3 million (CNY200 million) in B+ round financing. It will use the proceeds to develop self-learning content.

Knowbox helps students learn by letting them take part in contests and pass game levels. These activities help the app increase customer loyalty and activeness. The app's core feature is that it encourages learning while playing, said Knowbox co-founder Liu Ye. Users spend an average of more than 20 minutes a day on the app.

Knowbox has 20 million users and over 2.2 million daily active users. With 100 million pieces of data generated on its platforms daily, Knowbox covers more than 50,000 primary and middle schools in over 400 cities in 32 Chinese provinces. It has collected more than 20 billion pieces of general data.

The education market has received USD6 billion since 2013. With the development of mobile payment and artificial intelligence, the market is set to grow exponentially this year. Companies excelling in the K-12 education sector will flourish, an investor who participated in the latest fundraising round said.