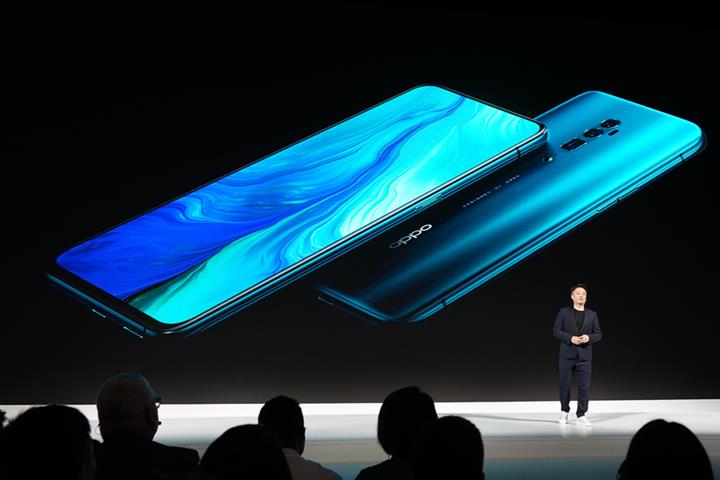 Liu Lie has been appointed as CMO while Brian Shen will "take some time to rest," the Dongguan-headquartered firm said in a statement today.

Liu has helped create sub-brands such as Oppo Find, Ulike, and Real during his long career at the company since it was established in 2004.

The first challenge that Oppo's new management will face is coping with the Covid-19 impact, Jia Mo, analyst at Canalys, told Yicai Global. Chinese manufacturers need to solidify their domestic market shares to ensure their cash flows amid uncertainties in major overseas markets, including India and Europe, Jia added.

Shen, 32, had started in the role last year after serving as vice president since 2018. He joined Oppo in 2013 after working for Beijing-based competitor Xiaomi.

Oppo's top ranks have been shaken up this month. On April 9, Oppo said it had made VP Liu Bo into president of its China business with responsibility for product marketing, channel management and brand promotion in the region.

Last year, the firm's global smartphone shipments rose by 1 percent to 114.3 million units from 2018, ranking fifth worldwide behind domestic rivals Huawei Technologies and Xiaomi, according to IDC. However, Oppo's sales in Europe tripled and rose by over 60 percent in India over the year due to boosted marketing efforts.