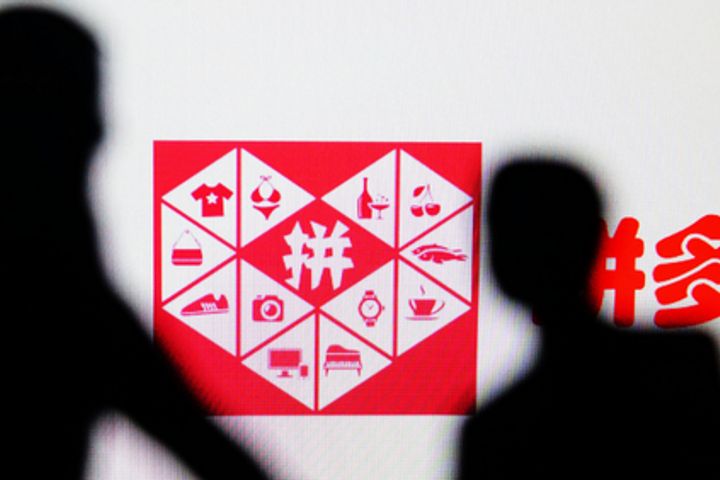 (Yicai Global) July 17 -- Pinduoduo, China's leading online group discounter, has nearly doubled the amount of money it aims to raise through an initial public offering in the US.

Tencent-backed Mengxun Information Technology, the company behind the mobile platform, will issue 85.6 million American depositary shares at a price range of USD16 to USD19 each to raise USD1.87 billion, Chinese news outlet Sina reported, citing the company's updated IPO prospectus. Tencent and Sequoia Capital intend to increase their stakes by USD250 million each.

Just two weeks ago, the Shanghai-based startup filed to go public on the Nasdaq Stock Market for about USD1 billion. The latest targeting could give the unprofitable firm a market capitalization of over USD24 billion.

Like many tech companies, Mengxun Information has a dual-class share structure that gives more control to its founder. After the IPO, it is expected that Huang, who is also chairman and chief executive, will have 89.8 percent of the voting rights through a 46.8 percent stake. Tencent's 17 percent holding will give it a 3.3 percent say on matters, while Sequoia Capital's 6.8 percent stake will translate to 1.3 percent.

The IPO's proceeds will be used for expansion, including strategic investments and acquisitions, research and development and to replenish working capital. The underwriters are Goldman Sachs, Credit Suisse, China International Capital Corporation, and China Renaissance Group.

Pinduoduo had some 295 million annual active users during the 12 months ended March 31, up from 245 million at the end of last year. The platform's annual commission and advertising revenue reached CNY1.3 billion in the first three months of this year, a 38-fold increase over the same period last year.