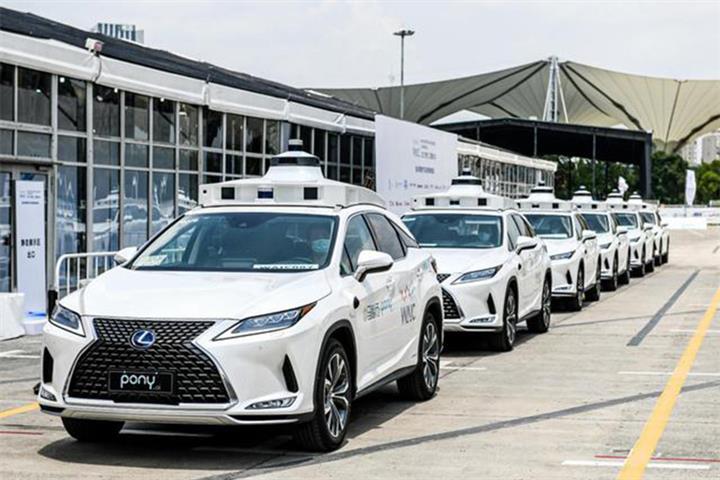 Pony.ai Launches Robotaxi Service in Shanghai Ahead of First L4 Autopilot in 2023

(Yicai Global) July 8 -- Toyota-backed Pony.ai has opened its robotaxi service to the public in Shanghai ahead of mass-producing its first level-four autopilot system by 2023.

Customers can book trips via the Robotaxi+ mobile application in the eastern city's Jiading district, the Chinese car firm that has offices in Guangzhou and Silicon Valley said in a statement yesterday. Before this, the startup has launched similar services in Guangzhou and Beijing.

Meanwhile, Pony.ai unveiled its long-range LIDAR sensor Iris, co-developed with Luminar. The Chinese company aims to start mass-producing its L4 system based on the technology in 2023.

Trucks are also on the horizon. The firm's truck division PonyTron has started commercial operations after testing its autonomous vehicles on public roads for more than 200 days, said Li Hengyu, vice president and head of PonyTron. The trucks have traveled nearly 37,500 kilometers for commercial missions.

Li didn't disclose the location of those missions but the company said earlier that its logistics subsidiary was granted a road freight business permit in Guangzhou's Nansha district in April.

Moreover, the firm should soon be authorized to test its autonomous trucks on Beijing roads, including highways, after experts reviewed the vehicles in the capital city on June 10, said Li.

Founded in 2016, Pony.ai has completed seven rounds of financing, raising over USD1.1 billion, including USD400 million from Toyota. The company is also testing its vehicles in the US.