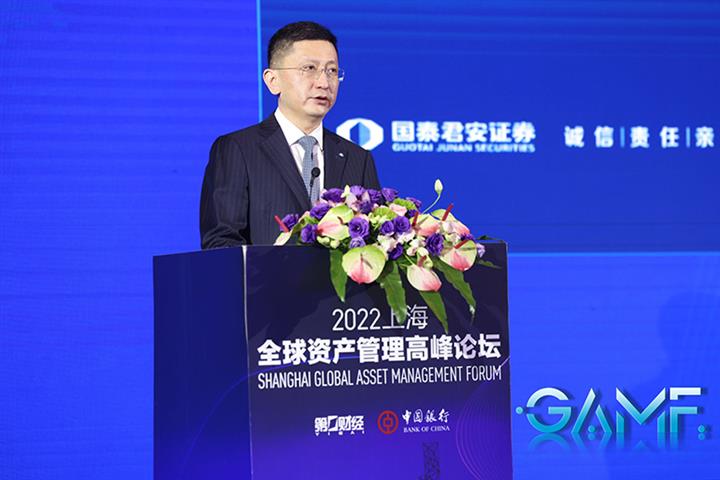 (Yicai Global) Nov. 29 -- Following the official launch of China's private pensions scheme, the development of pension finance is accelerating and Shanghai should seize this opportunity to build a global asset management center, according to He Qing, chairman of Guotai Junan Securities.

On Nov. 25, China announced the launch of a personal pension scheme in 36 cities, including Beijing and Shanghai, allowing residents to open personal pension accounts and make contributions on their own, supplementing the basic national pension and company annuities.

He noted that the aging of China's population is accelerating, so personal pensions have much potential. As of the end of last year, China had a total of CNY11 trillion (USD1.5 trillion) held in pensions, accounting for about 10 percent of gross domestic product. In some developed European countries and the United States, the ratio is more than 90 percent.

China's pension accumulation currently relies mainly on the state pension and corporate annuities, which account for 58 percent and 40 percent, respectively, while in the U.S., personal pensions account for nearly 40 percent, he said.

Shanghai should make full use of the advantages of a developed capital market and institutional innovation to develop pension finance, such as providing tax incentives for residents who pay in, exploring financial products for pension investment, and encouraging foreign institutions to launch pension fund products in Shanghai, He suggested.