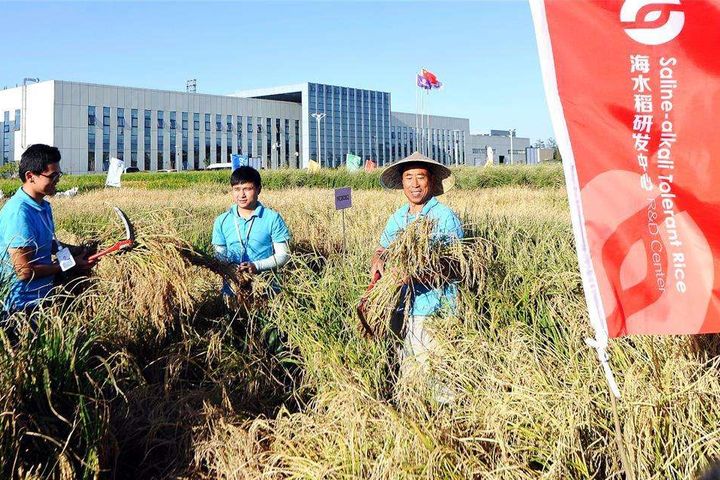 (Yicai Global) Sept. 29 -- China (Qingdao) Rice Research and Development Center has planted its first patch of saline-alkali resistant rice, commonly known as sea rice for a trial. The maximum yield is more than 600 kilograms per mu (9,000 kilograms per hectare), per an on-site yield survey.

The salinity of the experimental field irrigation water is 6 parts per thousand, which is quite high, the experts said.

Chin has more than 35 million mu of coastal mud flats and 1.5 billion mu of inland areas covered in saline-alkali soil, and 300 million mu could be transformed and utilized, said Zhang Guodong, the vice director of the center. The research team plans to promote the planting of 100 million mu of saline-alkali resistant rice in the country in five to eight years.

Breeding a saline-alkali resistant variety of rice suited for fields with salinity of 3 to 8 parts per thousand, yielding more than 300 kilograms per mu, is necessary, Yuan has publicly stated.